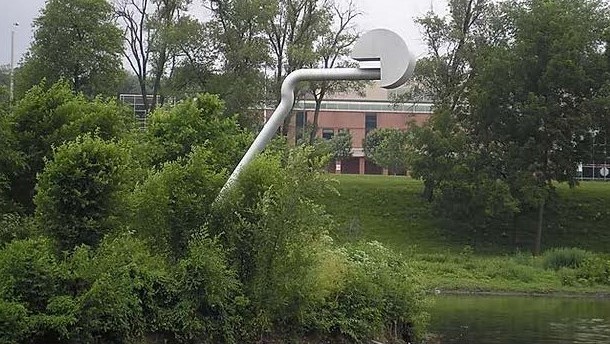 Artist: Dick Hollander
Medium: Steel, painted grey
Description: This abstract piece consists of a cylinder form supported several feet in the air by 12″ piping.  The 12″ pipe shoots vertically out of the ground.  About 1′ above ground level, the pipe bends to about 30 degrees.  Several feet up, the piping becomes vertical again, then it abruptly angles to become horizontal.  At the end of this horizontal section is attached a large cylinder form which lies horizontally on its axis.  The cylinder form is actually a 3/4 cylinder, appearing to have had a 1/4 section sliced out as though it were cheese.  The entire piece has been painted a metallic gray.

The piece was originally located at 36th & Gillham and moved to 63rd & Lewis in Swope Park before being place on an island in the Lake of Enshriners on Brush Creek. 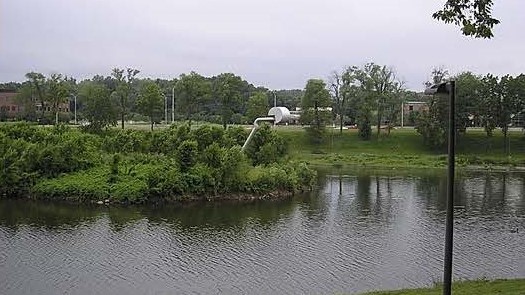