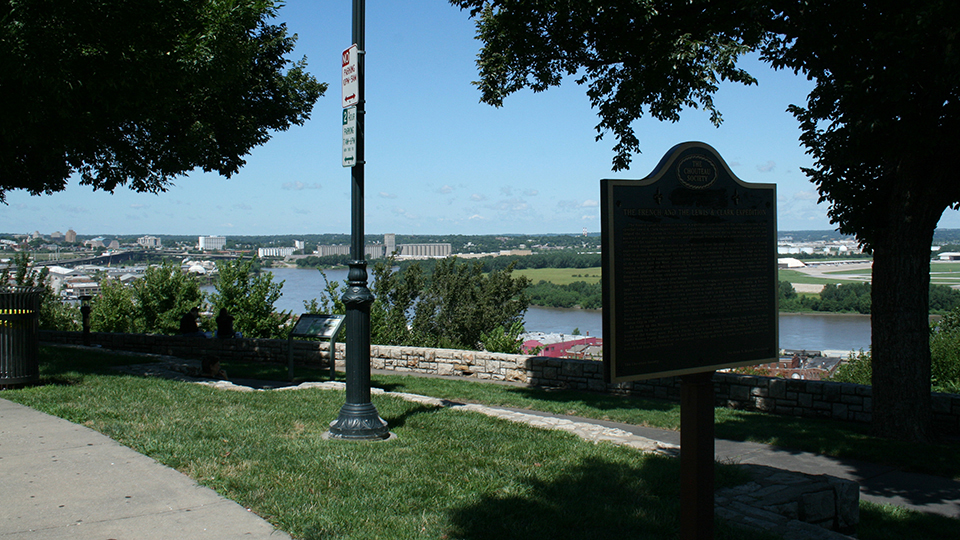 Clark’s Point in West Terrace Park was named for Charles Clark, who was a city councilman at the time the honor was bestowed in 1933.  Before that, Mr. Clark held a number of positions in public life including deputy constable, deputy marshal, clerk of the criminal court, Jackson County assessor, city assessor, representative in the state legislature and alderman under the old form of city government.  He was elected as a city councilman in 1926 and served for 14 years.  Following his tenure as city councilman, he was appointed justice of the peace in the West Bottoms area, known as the Central Industrial District, in 1940 and served until his death in 1944.

Charlie Clark was born in Pennsylvania in 1870 and came to Kansas City when was 16 years old.  He worked in a lumber mill for eight years and then became a fireman.  During his career in various public offices, Charlie was strongly allied with Jim Pendergast, city alderman representative from the West Bottoms and saloon owner, and also Jim’s younger brother, Tom.  After his appointment as Justice of the Peace in the West bottoms in 1940, he said, “I began down here as a boy.  It’s funny to come back.  I was with Jim Pendergast and I was with Tom Pendergast.  I didn’t make any bones about being loyal and I’ll never make any bones about my loyalty.”