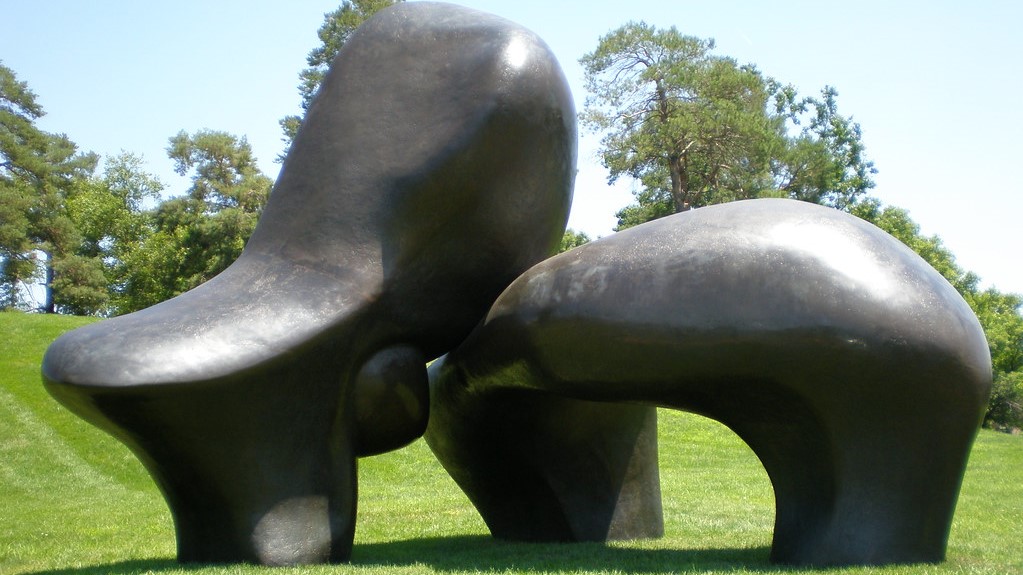 Location: 47th Street at the SE corner of Donald J. Hall Sculpture Park at the Nelson-Atkins Museum of Art
Designer: Henry Moore, Sculptor
Dedicated: May 17, 1976
Description: Height, 13 feet; Length, 19 feet; Width, 13 feet Bronze sculpture in two parts
This 4-ton bronze sculpture, identified to Kansas Citians as the “Sheep Piece,” was cast in the Nowack Foundry in Berlin, Germany, and was purchased in 1974 through the estate of N. Clyde Degginger who died in 1967.  Mr. Degginger was a Kansas farmer and small-town general store manager before moving to Kansas City where he lived his last 40 years at 2823 Harrison.  Mr. Degginger’s will gave explicit instructions regarding the purchase of a bronze sculpture for Kansas City.

Henry Moore, considered one of the world’s greatest sculptors, and the foremost artist using bronze as a sculptural medium lives between London and Cambridge in England where the sculpture was conceived and developed.  This piece was described as having “strong pastoral content that suits the agriculture of the plains.  Its forms are rther bison-like, and yet abstracted in the way of rocks and boulders.” 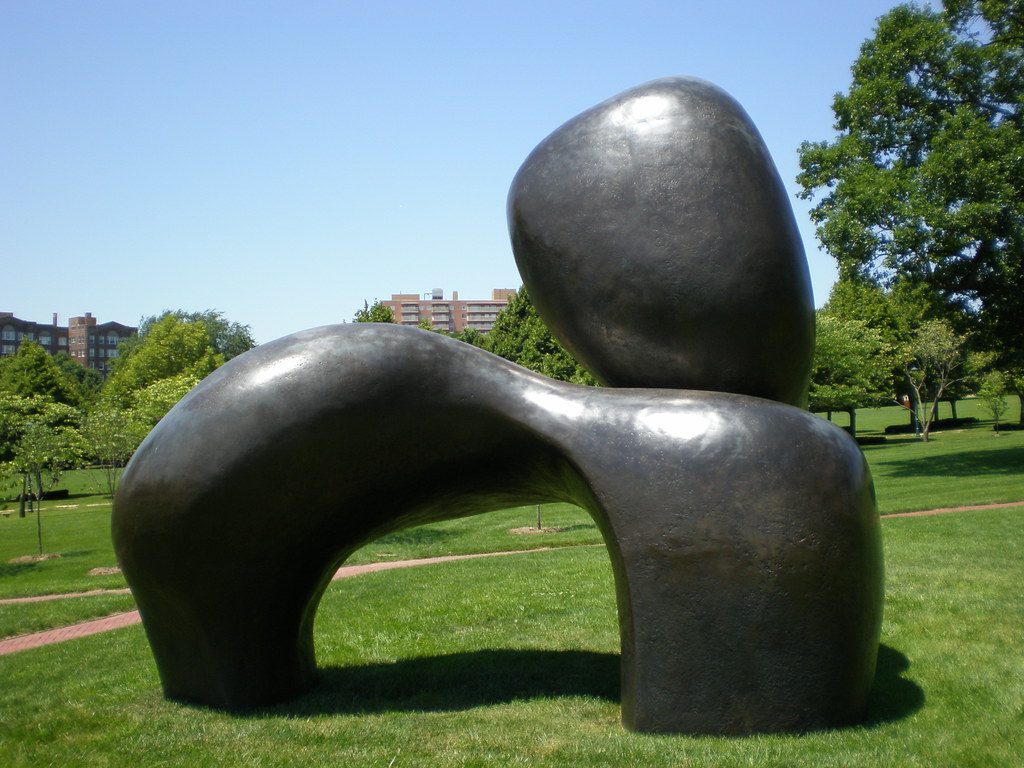