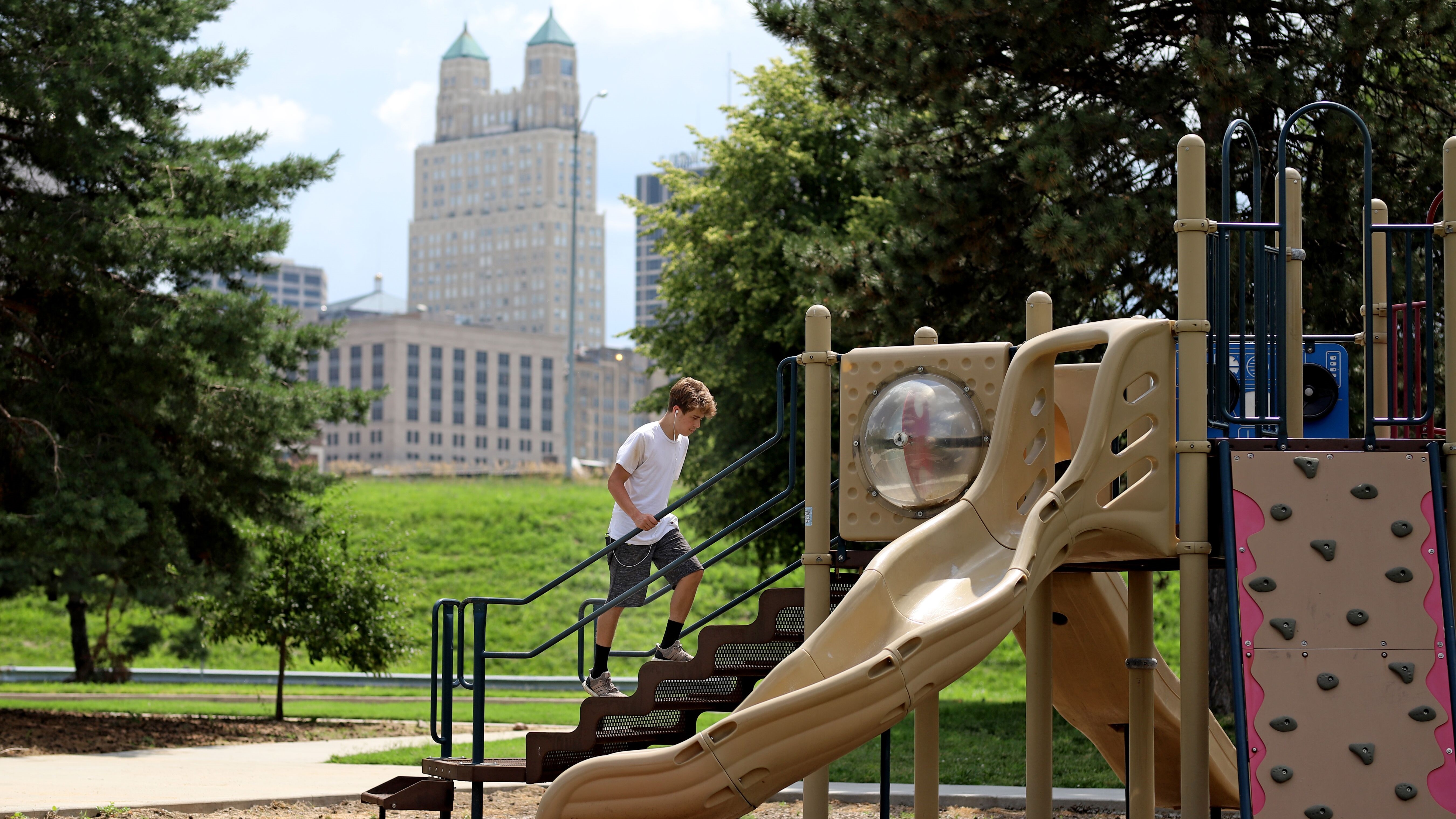 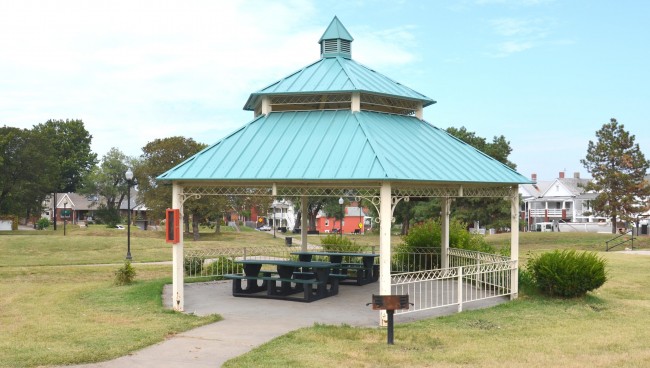 HISTORY
The Park originally developed on what is now the north half of the park, starting in 1909. It was called Washington Square Park. There was a playground and a wading pool, and George Kessler designed the shelter/comfort station which was completed in 1911. That included the pergola.

There were planned activities supervised by playground personnel, including games, folk dancing, baseball games, etc. Concerts and dances were held for children and adults.

In 1914 Karnes School was built on south half, as a cooperative effort between the school board and the Parks Dept. – a beautiful building. It was named for JVC Karnes, who was on the school board for 20 years, and also was a Park Board Commissioner, and played an important role in establishing a public library for Kansas City.

1926, the park was renamed “Columbus Square” due to the large number of Italian immigrants in the neighborhood. [A statue of George Washington was placed in a park at Pershing and Grand, which was then re-named Washington Square]

1967-69-(to 1972) Park was renovated with a new plan and neighborhood involvement from 1967 – 1972. The original park design was completely changed to reflect the style of the time, with irregular angles and pavement patterns, and wooden sculptural play equipment and fountain elements.

1988 – Karnes School torn down after being empty for several years, and the land was given to the Parks Dept. The road (Pacific St.) was vacated through the park.

In the early 1990s the park plan was revised, and bocce courts and other improvements were added. In 1998 the gazebo added, and the new play area was completed in 2002. 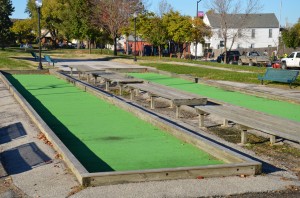 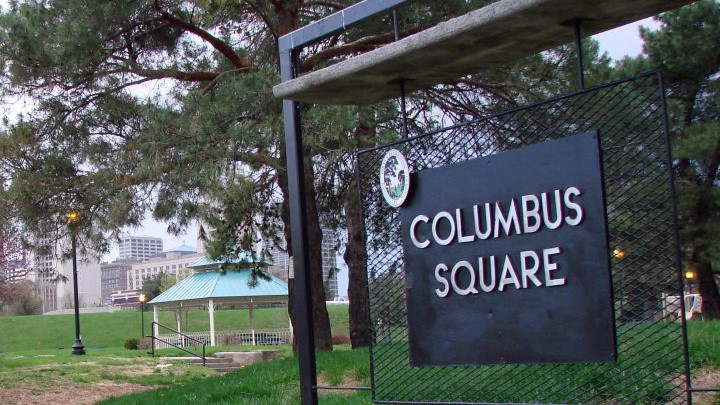