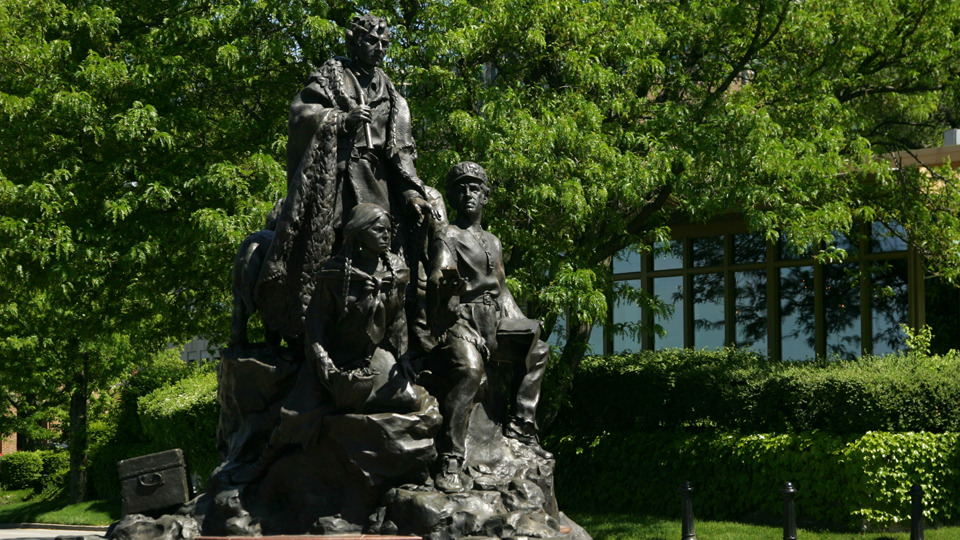 It is placed in a circular plaza in West Terrace Park, originally developed by the WPA in 1943.  The pavement employs bricks salvaged from Kansas City’s original stockyards, set in a geometric pattern originally designed by Michelangelo for a Roman plaza (Piazza del Campidoglio).

Inscription
Inscribed around the granite base: “Of courage undaunted and a fidelity to truth… I could have no hesitation confiding the enterprise to him.”  Thomas Jefferson 1813 (written as a memorial tribute to Merriweather Lewis). 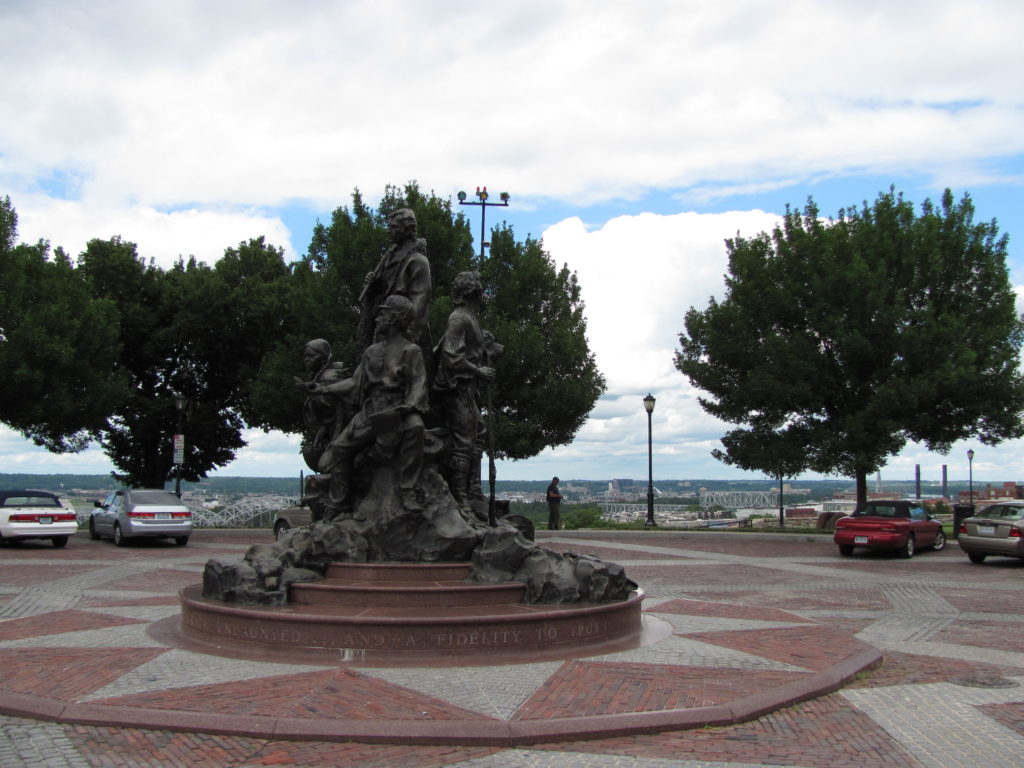