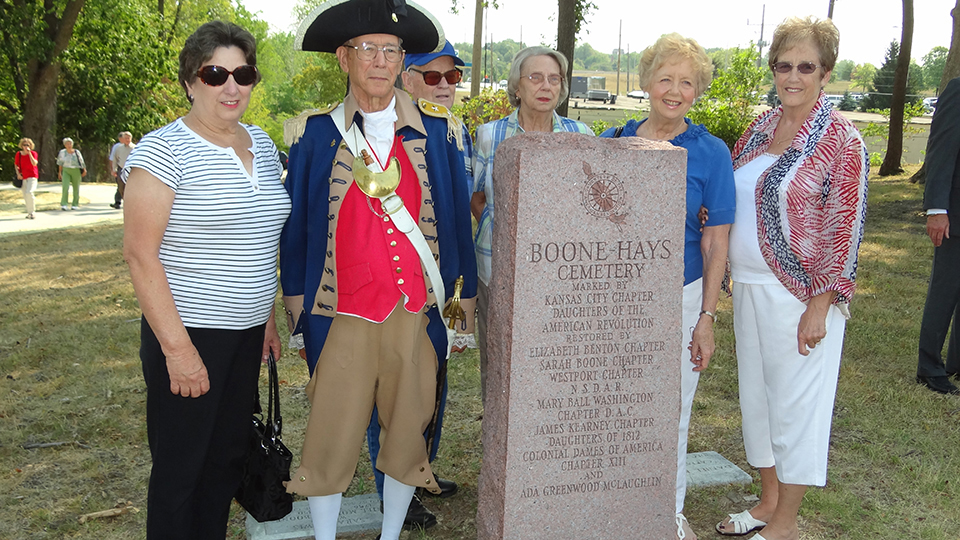 Small parking lot and trail leading to grave site is accessible from Brooklyn, on the north side of 63rd.

The Boone–Hays Cemetery was first dedicated by Native Sons and Daughters of Greater Kansas City (NSDKC) in June 2005. This 12 year effort by George Hicks of the Native Sons acquired the land and arranged a suitable Boone Grave site park with KC Parks.

The gravestone recognizes Daniel Morgan Boone as a Captain in the Missouri Mounted Militia in the War of 1812.

Daniel Morgan Boone is one of the six sons of Daniel Boone. The Boones moved from Kentucky to Missouri in 1799, finally settling in the St. Charles, Missouri area. In 1825, Boone took a job as Farm Instructor to the Kaw Indians. In 1831, he bought a large tract of land and built a log house near present 63rd Street and Holmes. In 1836, he sold part of his land to his nephew, Boone Hays. On June13, 1839, Daniel Morgan Boone died of cholera at his farm, at age 70.