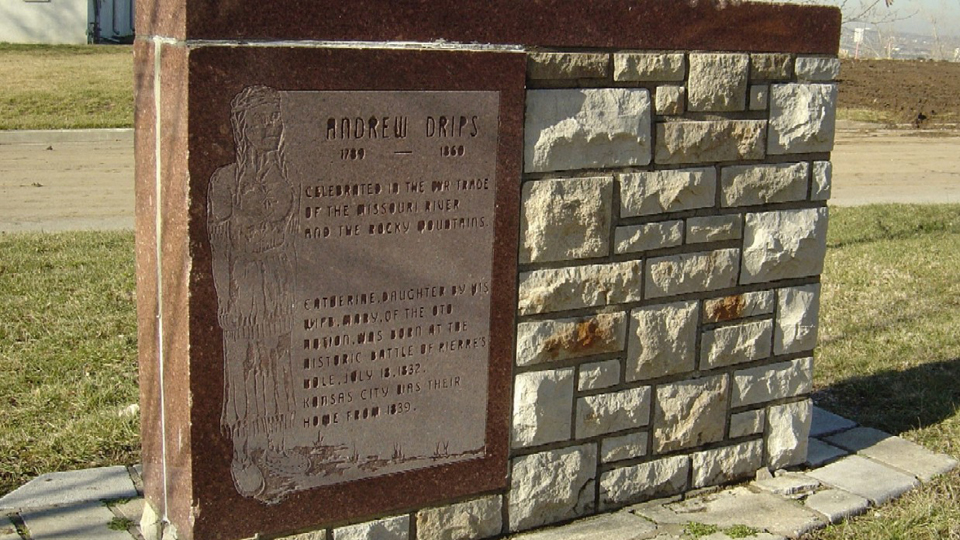 This stone monument rests on land deeded to Kansas City in 1882 before the Park Board was created.  His daughter, Catherine Drips Mulkey, provided Kansas City with this first public park containing 0.162 acres.  Originally the land was known as West Prospect Triangle, and in 1951 was changed to Andrew Drips Park.

Andrew Drips
1789-1860
Celebrated in the fur trade of the Missouri River and the Rocky Mountains.  Catherine, daughter by his wife, Mary, of the Oto Nation, was born at the Historic Battle of Pierre’s Hole, July 18, 1832.  Kansas City was their home from 1839. 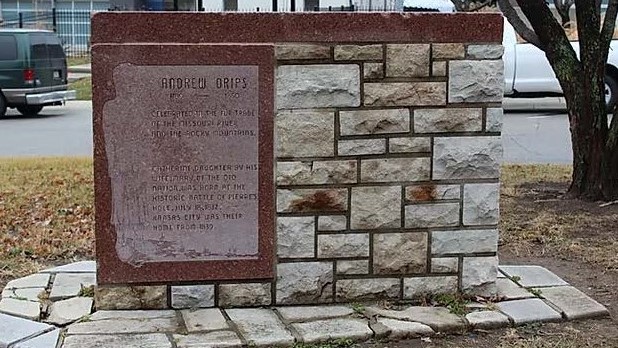