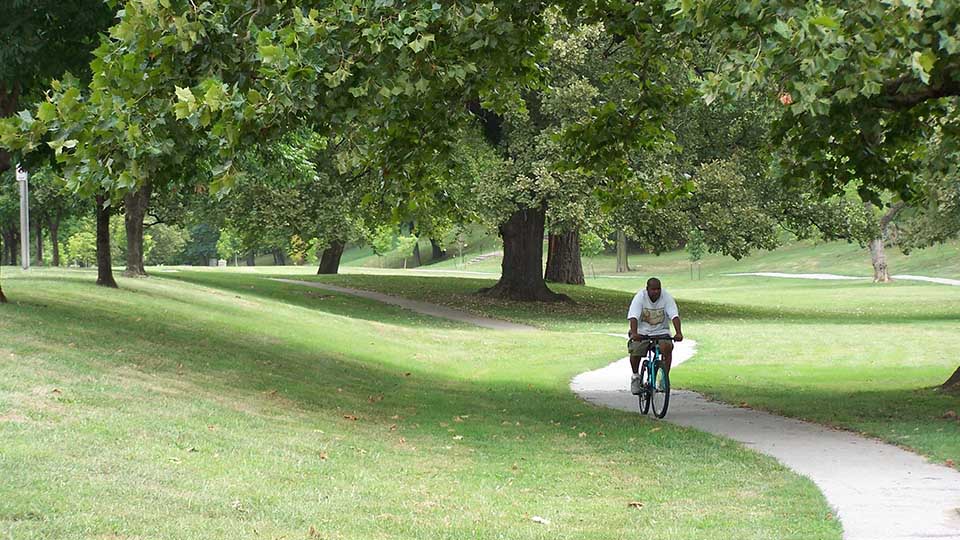 What is today commonly known as Gillham Park was created in 1899-1902 with the acquisition of property for Gillham Road, which runs from 22nd and McGee south to Brush Creek Boulevard. While there is actually no official Gillham Park, the are is filled with play areas and open spaces. Gillham Road was named for Robert Gillham, who is considered “the father of Kansas City’s cable railway system” [KC Star, May 20, 1899]. He was on the Park Board at the time of his sudden death at age 44 from pneumonia and appendicitis in 1899.

The Park Department building at 39th Street and Gillham Road was designed by local architect Adriance Van Brunt in 1904 and built in 1905-1906, with an addition made in 1914. The building housed horses used for work in the parks and boulevards, wagons, tools, storage sheds and an office. Today it is used as an office to coordinate maintenance work on the boulevards and parks and for storage. In 1911, tennis courts were built on the west side of Gillham Road at 39th Street.

Plans were prepared by George Kessler in 1907 – 1908 to develop athletic fields, a playground, a field house, an outdoor gymnasium, a bridle path and a ball field in the park area south of 39th Street on the east side of the Gillham. Funds were lacking and few of the plans were implemented. In 1913, a casting and wading pool was added at 41st Street. It was removed in 1976. A fountain to honor Robert Gillham and wading pool were placed at 41st and Gillham in 1977. In 1980, exercise trails were added south of 43rd Street.

The park area has been used for wintertime and holiday activities. Along with sledding down the snow-covered hills, an Epiphany Celebration sponsored by the city Welfare Department started at 39th and Gillham in 1946. Christmas trees were burned in the park on the “Twelfth Night,” a celebration of the final day of Christmas festivities. This tradition continued into the 1960s. From 1959 to the mid-1980s, a life-sized nativity scene was first placed in the park area southeast of 39th Street in December. The Mayor’s Christmas Tree was there for several years until the location for the tree was moved to Crown Center in 1973. Another popular activity, Santa’s Wonderland, started in the park in December 1964 and continued through 2019. 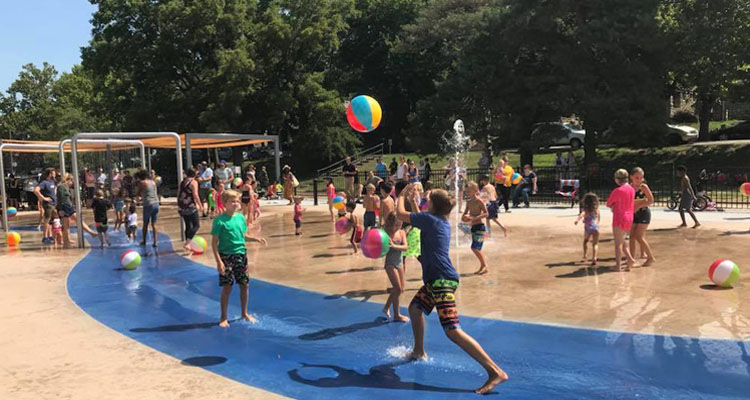