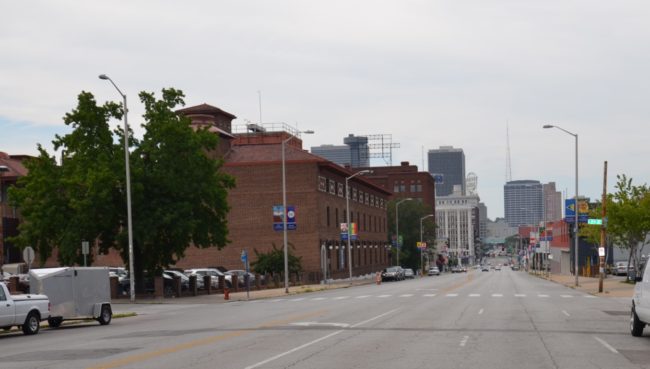 Grand Boulevard, one of Kansas City, Missouri’s major boulevards and its main ceremonial roadway, was named the honorary Grand Boulevard of the Americas in April of 2008.

The flags of the 34 voting member countries of the Organization of American States (OAS) are displayed, multiple times, along the length of Boulevard. Voting member countries were selected because they subscribe to the OAS Charter and the principles for which it stands. The Grand Boulevard of the Americas demonstrates Kansas City’s evolution as a global city and the importance it places on the countries of the Americas. More>>