In 1968, the Park Department received a petition to establish a park near 10th and Agnes from area residents. The department agreed that it was desirable idea to pursue as part of a general rehabilitation program covering several blocks south and east of the Independence Plaza area spearheaded by a group called “Residents for Renewal”.

In 1971 the first property for Harmony was accepted by the Park Department from the Land Clearance Redevelopment Authority for a playground. A grant was obtained to help develop the property.

Harmony Playground was dedicated in August 1974. Additional property was acquired in 1978 to enlarge it from 1.3 acres to 1.4 acres.

The playground name was dropped in the 1980s and it was called Harmony Park.

Special thanks to The Salvation Army  for being our Partner in Park! 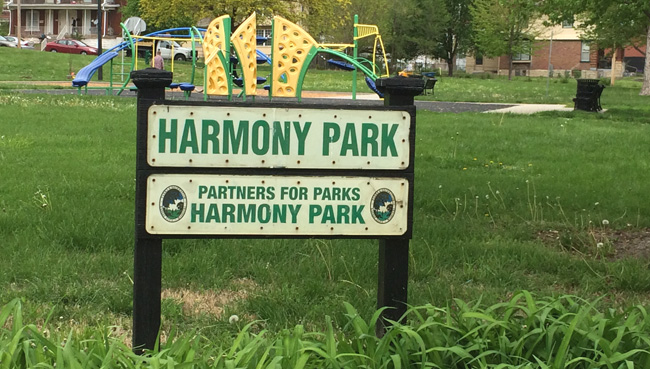