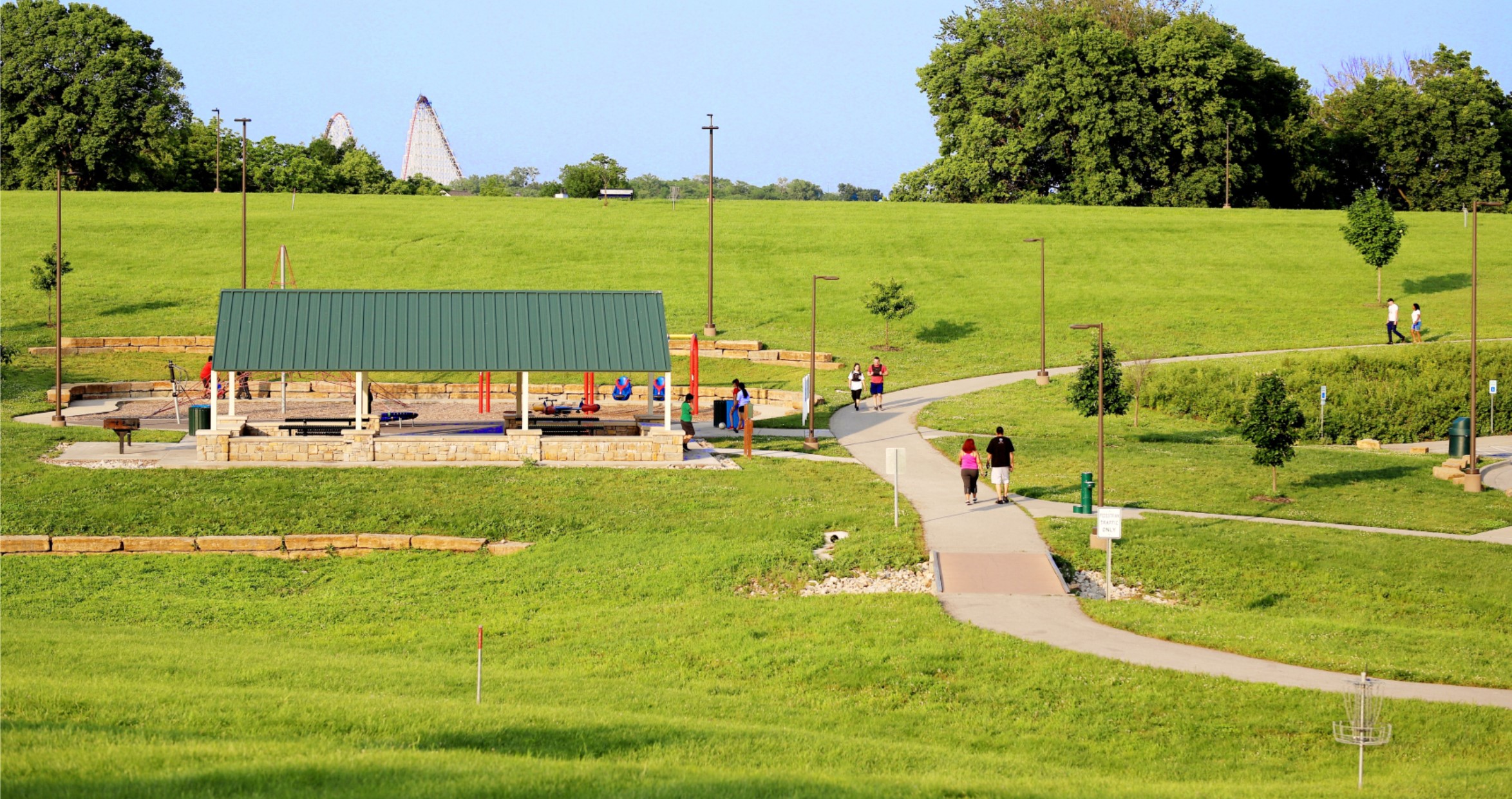 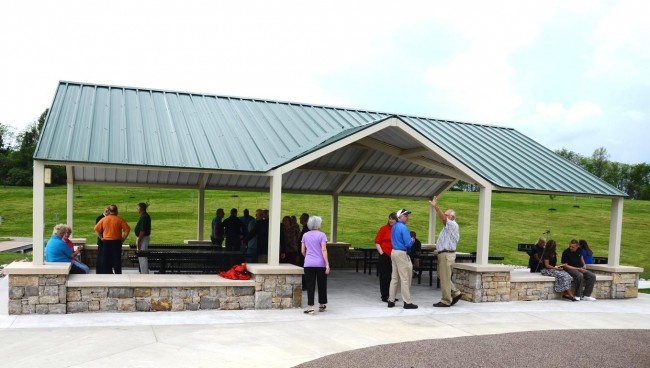 In the 1950’s land was donated to Kansas City for a designated park area west of North Bennington along Russell Road. Supposedly, the name “Hidden Valley Park” was selected because of the deep, yet hidden ravens in the “Natural Area” between M-210 Highway and Russell Road. The parkland north of Russell Road was used as a radio controlled airplane airfield for many years and many still refer to the park as “Airplane Park”.

Hidden Valley Park encompasses close to 195 acres of ground. One-third, the mowed area, lies on the north side of Russell Road and is referred to in the Master Plan as the “North Area”. The other two-thirds is south of Russell Road, the “Natural Area”. In 1978, 82 acres of the south side was designated a Missouri Natural Area by the State of Missouri Conservation Department.

In 2013, ground was broken to being major improvements to Hidden Valley Park. Since that time, the park has been converted from a mowed field to a park with lighted asphalt walking trails, 9-hole flying disc course, state-of-the-art playground equipment, rain gardens, park benches and a reservable shelter house with picnic tables, grills and a drinking fountain.

Trail: Hiking/Walking/Running/Biking
4 miles. The Hidden Valley Park trail skirts the rim and dives into the valley that earned the park its name. A mid-length trail, Hidden Valley has a remote feel and boasts unique, stunning views down into the valley. Check trail status>> 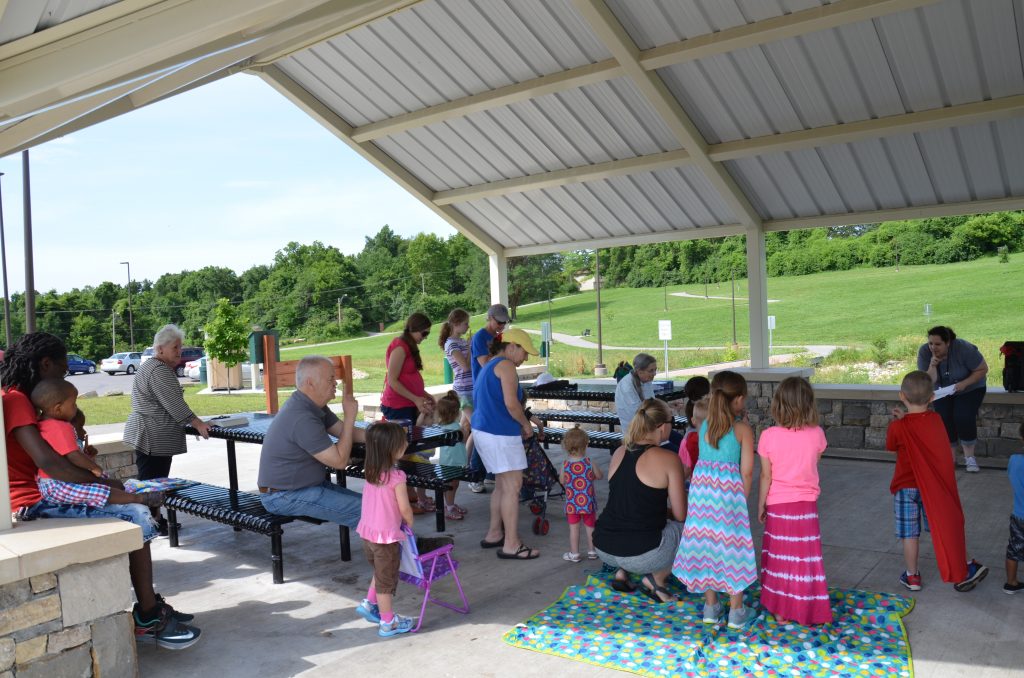