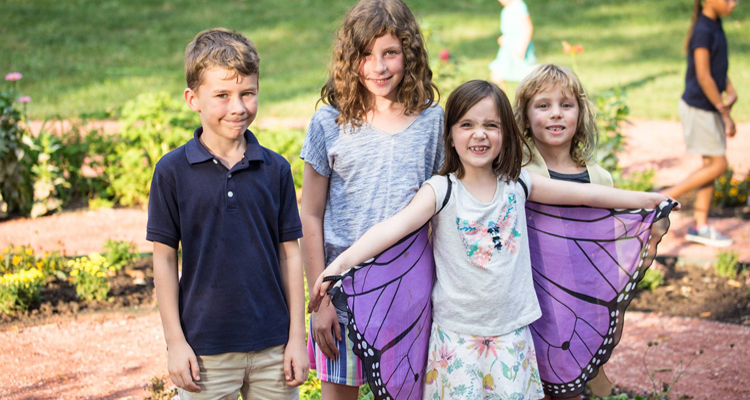 History
Hyde Park was started in the late 1880s as a private park by real estate developers who were creating a neighborhood of high-priced residences.  Landscape Architect George Kessler was hired in 1888 to create a park in an area in a ravine with limestone outcroppings and tangled undergrowth.   Kessler cleaned out the brush, created walks, placed seats, planted shrubs while keeping the rocky ledges and trees giving the little park a naturalistic appearance.  In the 1890s, tennis courts, croquet grounds and archery ranges were added.  A five-hole golf course, considered the first planned golf course in Kansas City, was laid out just west of the park in 1894.  All of these amenities, except for the tennis courts, have since been removed.

Hyde Park was acquired by the city in 1902 as part of the condemnation of Gillham Road.  In 1915 Hyde Park was noted by local naturalist Albert Shirling as having sixty-one out of seventy known varieties of American trees.

The Labyrinth & Butterfly Garden was organized by the Pilgrim Center and is a community gift. Read More>> 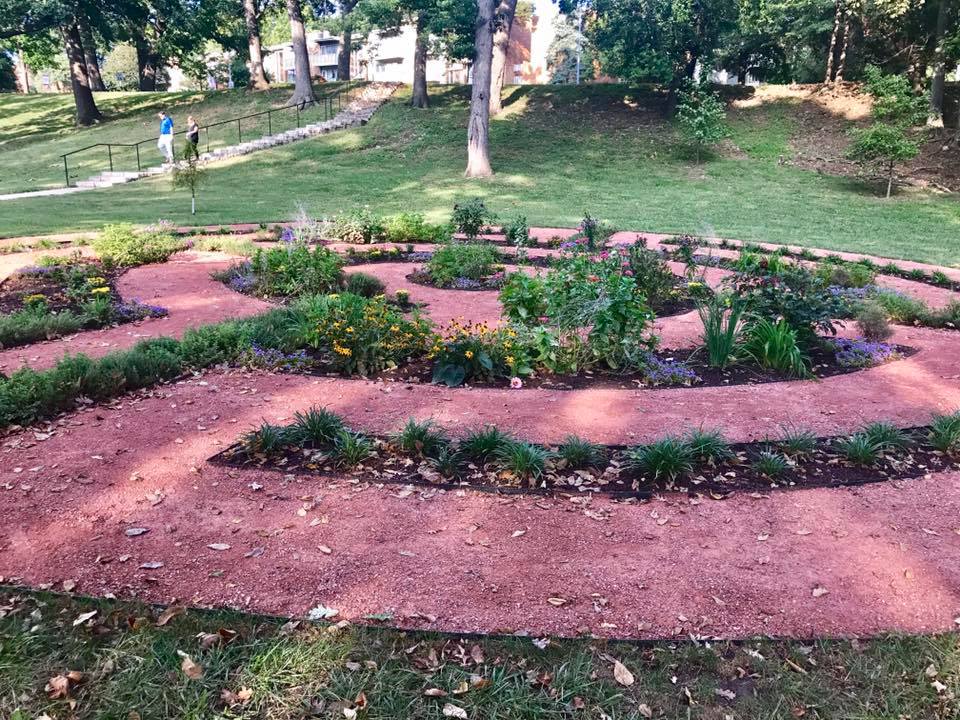