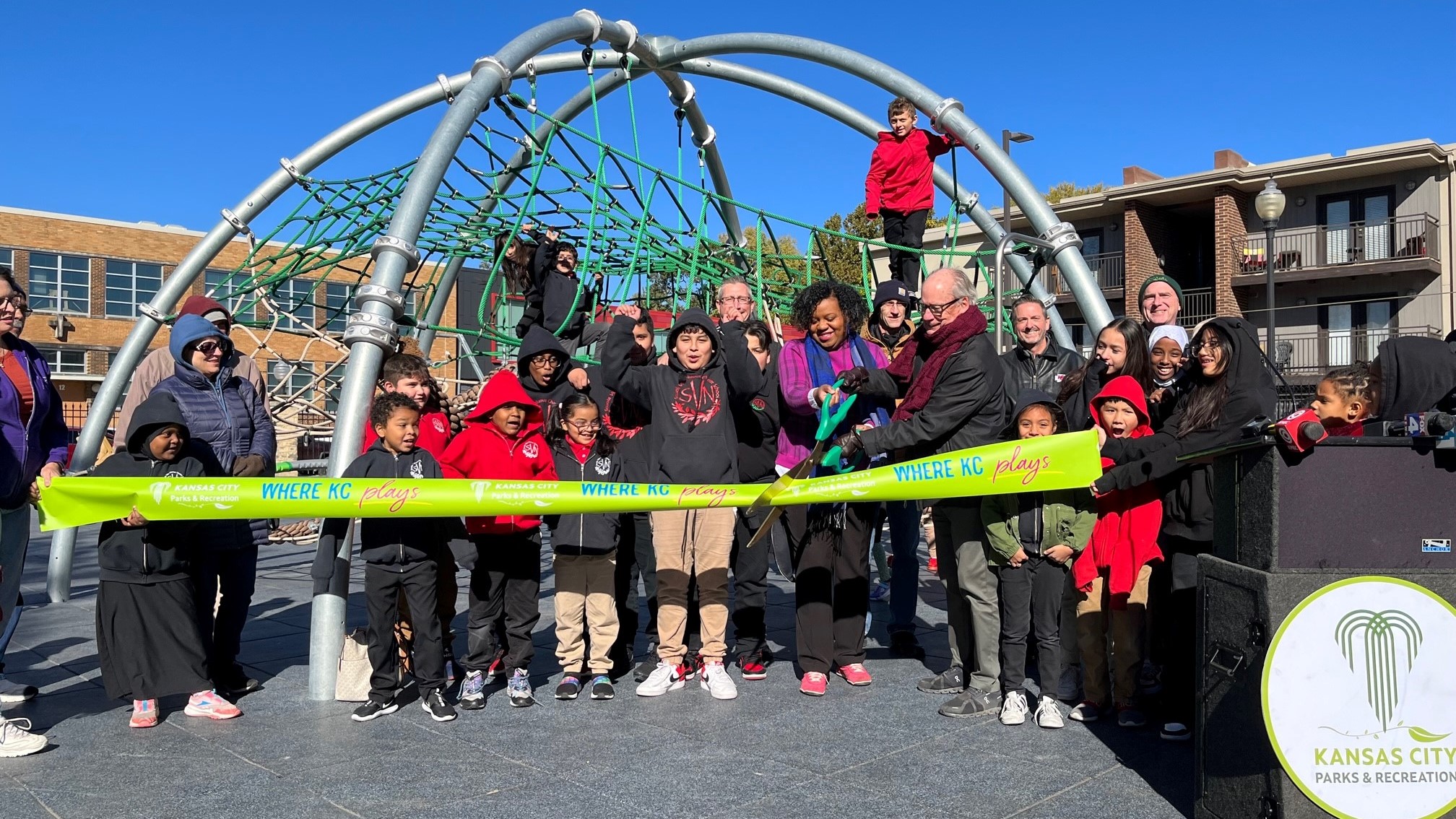 Independence Plaza is an unusual park.   Located at Independence Boulevard and Park Avenue, it is divided into two parts – one part located on the north side of Independence Blvd. and the other part on the south.  The total size is small, only 1.73 acres, but it was significant in the early development of Kansas City’s park system.

In 1893 when the beginnings of a park and boulevard system for Kansas City was being planned, much of Independence Avenue was one of the most fashionable and desirable residential areas of the city.  Many wealthy people had residences there including Robert Long, August Meyer, Robert Gillham and others.  An elegant hotel, the Bonaventure built in 1886, was also on Independence Avenue, attracting the best clientele.

Landscape Architect George Kessler and Park Board President August Meyer saw a future of continuing development in that part of the city as they, and the rest of the Park Board, proposed the creation of the park and boulevard system in their 1893 Plan.  This plan included part of Independence Avenue becoming Independence Boulevard, the first boulevard in Kansas City; the development of a large park, which became North Terrace Park, now Kessler Park.  Also in the 1893 plan was the improvement of a small area occupied by “cheap business houses and shops, which very injuriously affect the property on Independence Boulevard and which, because the land on which they stand is low and unsuited for other purposes are not likely to be replaced by better structures.” [1893 Park and Boulevard Board Report p. 59]

The 1909 Park Board report touted the development of that small area:

Independence Plaza is one of Kansas City’s park object lessons most impressive to strangers. It shows what a small area carefully and intelligently improved will do for a surrounding neighborhood.  Two half-blocks, on opposite sides of the boulevard, transformed into a park, with trees, shrubbery, walks and seats, have had a redeeming and elevating influence on that section of the city.  This was projected in 1893.  [George Kessler, 1909 Park Board Report p. 22] 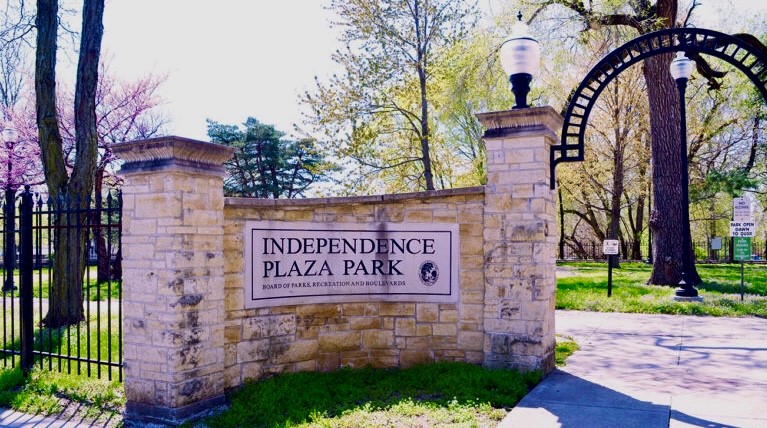