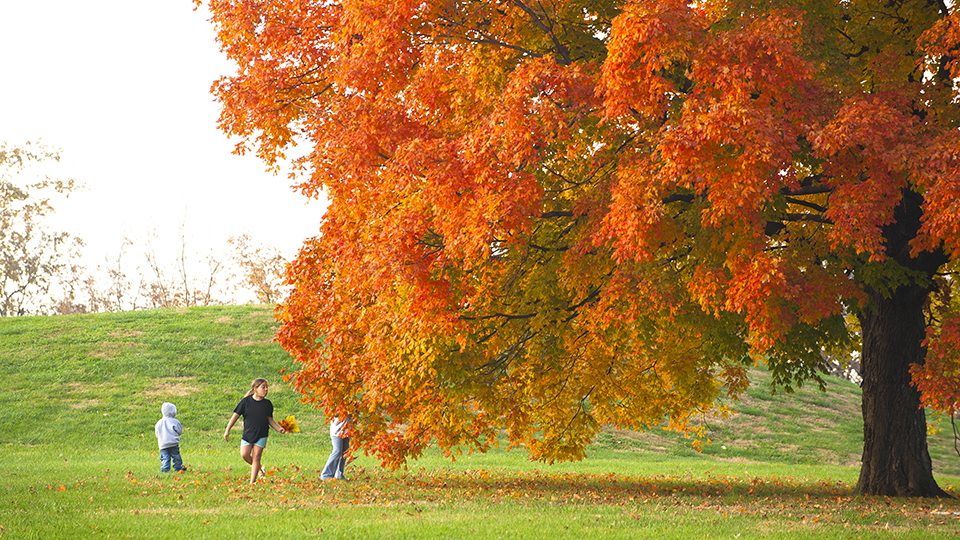 The feature known to modern Kansas City as “Indian Mound” was most likely constructed between 1000-800 years ago by a group of mound builders living near the banks of what is now the Missouri River. These Native Americans constructed earthen mounds for a variety of reasons, including burial and ritual. Mounds like ours can be seen across the Midwest, especially near rivers, highways of trade and commerce to pre-Columbian inhabitants of our region.

In the 19th century as Kansas City grew and expanded, interest in Indian Mound grew. Amateur archaeologists investigating other mounds nearby reportedly found spear points, hearths, and at least one burial. No formal excavations of Indian Mound were undertaken until 1922 when the curator of the local museum, then housed at the public library, Edward Butts, dug 4 trenches out from the center of the mound. Butts reported finding cultural remains like flint knives and grinding tools. Archaeology was an emerging science in the early 20th century so practices and methods were not as detailed as those used today.

By the 1930’s decades of erosion, vandalism, and amateur exploration had diminished Indian Mound and the decision was made by the Parks Board to work with the newly founded Works Progress Administration to re-sculpt the mound. Archaeologically “clean” infill was brought in and the mound was rebuilt to an approximation of what it looked like in the past. It is likely Indian Mound was built as a ceremonial site rather than a burial, due to its flat top. Other Mound Builder examples of this type can be seen at Cahokia Mounds near St. Louis, a UNESCO World Heritage Site. 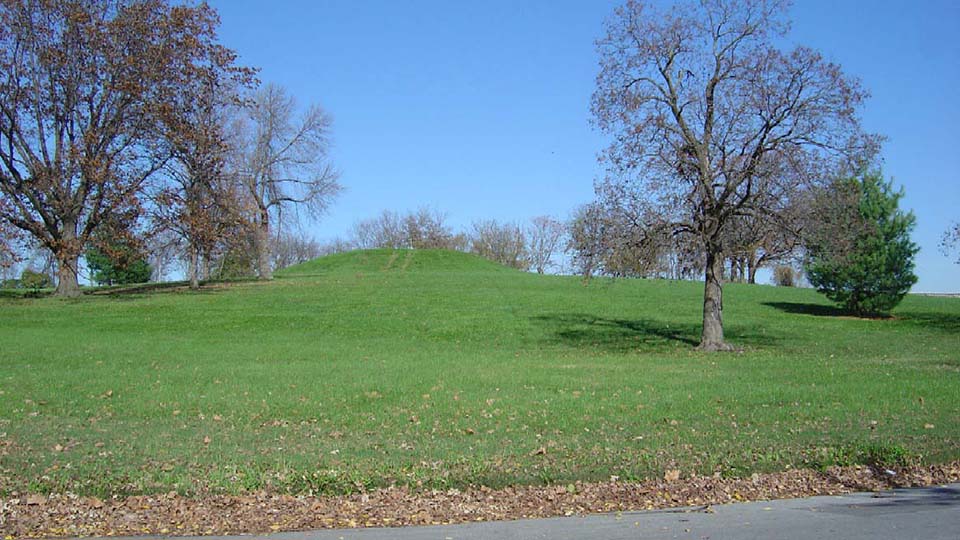