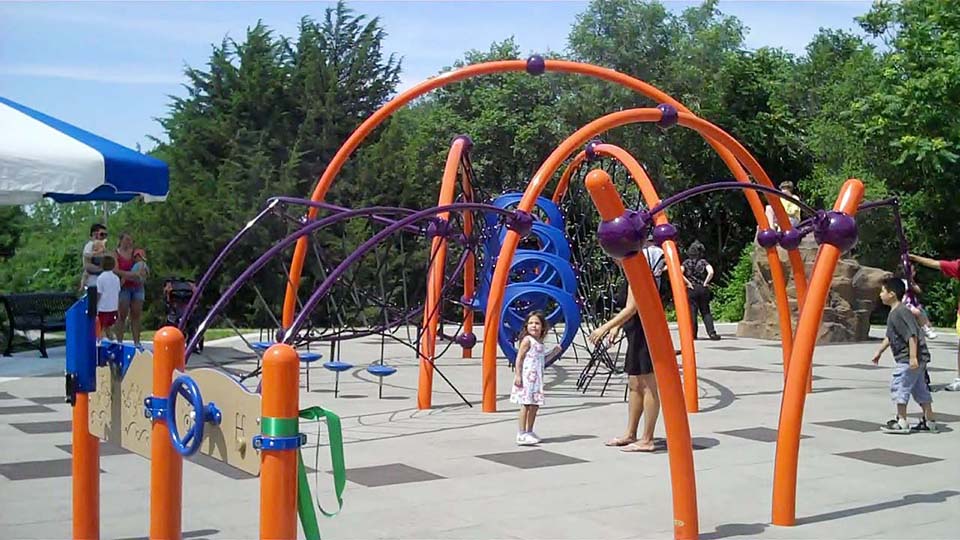 Jarboe Park, located at 17th and West Jarboe, is part of West Terrace Park one of the oldest parks in the city. The property for what is called Jarboe Park was acquired around 1900. A playground was installed in 1907. In 1912, plans were made for a shelter building and wading pool. The building was designed by architect E. P. Madorie. It was completed in August 1914 and included toilets, showers and dressing rooms. It was considered a half bathhouse because of only having showers and not having a pool and regular bathing facilities as did bath houses located at The Grove and Holmes Square playground. While used by people in the neighborhood, an article from the October 13, 1914 Kansas City Star says, “Trainmen, completing their work in the West Bottoms, find the new baths conveniently accessible.” The wading pool was not built until 1920.

The shelter closed in 1942 and both the shelter building and wading pool were torn out in 1954. Additional property was purchased from the Land Trust to provide an area for a new swimming pool at 16th Terrace and Jarboe. The pool was dedicated on July 9, 1955. In 2009, the water and drainage lines were replaced.

Some work on the playground was done in the late 1980s. In 2011, the playground was torn out and new equipment was placed there. Property north of the pool was converted to a picnic area. This property is adjacent to Primitivo Garcia Elementary School and owned by the school district. The district and Park Department completed an agreement for use of the property in 2011.