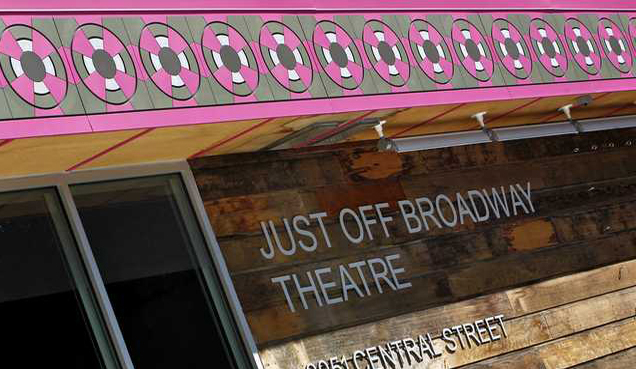 In the shadows of Broadway’s hill at the south end of the Penn Street Ravine, architects Root and Siemens built an Operations Building for Kansas City’s Parks Department in 1910. Already the ravine had been transformed into Penn Valley Park with the building of a boulevard, removal of 300 houses and formation of a lake as designed by George Kessler, designer of Kansas City’s parks and boulevards system. Limestone quarried locally served as majestic walls for the building. For eighty years it served as offices for the Parks Department, barn for the mounted police of Kansas City and storage of parks equipment. Before it burned down in 1991, the building had fallen into disuse.

Terry Dopson, Director of the Parks Department, conceived the idea of transforming the building at 3051 Central into a theatre. He began to meet with local theatre companies with the goal of having those companies manage the theatre. Using the insurance money and volunteer help, the Parks Department built a “black box” theatre inside the still-standing limestone walls. In 2000, the Just Off Broadway Theatre opened as the only black box theatre in the city and the only theatre of any type with its own stonewalls and grassy courtyard.

The theatre operated for ten years with unisex dressing rooms, a crowded lobby and concessions being sold inside the theatre. Approximately forty companies produced more than 1000 performances of 180 shows during that period. TIFF funds from the Federal Reserve Bank construction were allocated in 2009 with the help of MainCor, a development corporation for the 31st and Main business community, for completion of the theatre. The Just Off Broadway Theatre Completion Project included an enlarged lobby, box office and concession facilities, Equity Standard dressing rooms, increased storage/work areas, producer’s office and a multi-purpose space called the Penn Valley Room.

Construction began in January 2011 and was completed August 1, 2011. The theatre reopened on Friday, September 16, 2011 with Journeyman Theatre’s production of “Generation Why”-a rock operetta. Subsequent productions included “Children of the Damned Corn” by Coterie, “Who’s Afraid of Virginia Wolfe” by Mind’s Eye Theatre, and “A Lion in Winter” by the Theatre Gym.

Visit the Just Off Broadway Theatre 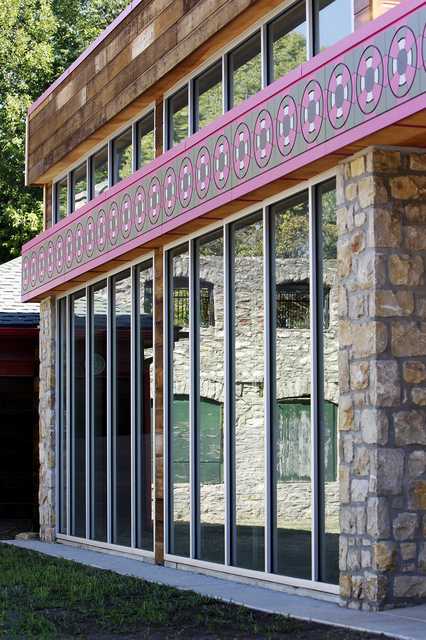