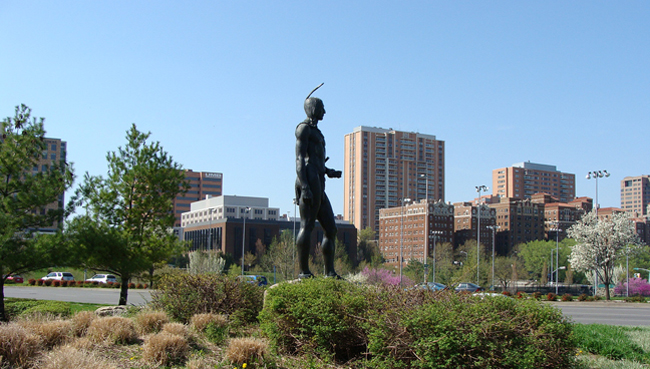 Artist/Designer: Cyrus E. Dallin
Dates: Dedicated in 1979, Moved to present location in 1997.
Description: A Sioux Quartzite boulder was brought from Minnesota to the farm of Ralph Dooley of Bosworth, Missouri by glaciers over 500,000 years ago. Upon the boulder now stands Massasoit, a Wampanoag Indian Warrior, who befriended the Pilgrims who settled in Massachusetts. Massasoit and his people showed the Pilgrims new foods and planting methods. In the fall he went to Plymouth to celebrate the harvest – an event known as the first Thanksgiving. This 13 ft. bronze statue is one of five originals in the United States. It was purchased by Mr. and Mrs. Miller Nichols and donated to the city.  Its first location was east of the Plaza Tennis Courts at 47th and J. C. Nichols Parkway but with the construction of new courts, the massive sculpture was moved to it’s present location.

Inscription: Massasoit – Great Sachem of the Wampanoags Friend and Protector of the Pilgrims (1621) Contributed to the people of Kansas City May 6, 1979 by Mr. and Mrs. Miller Nichols 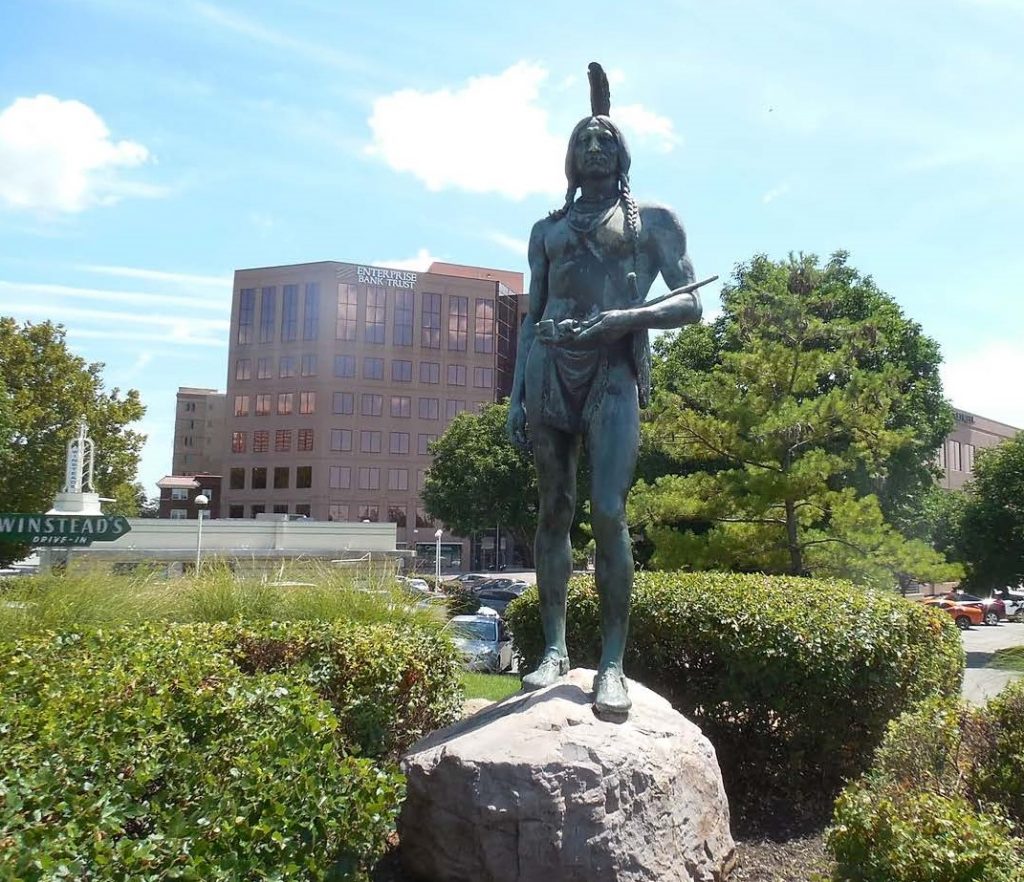