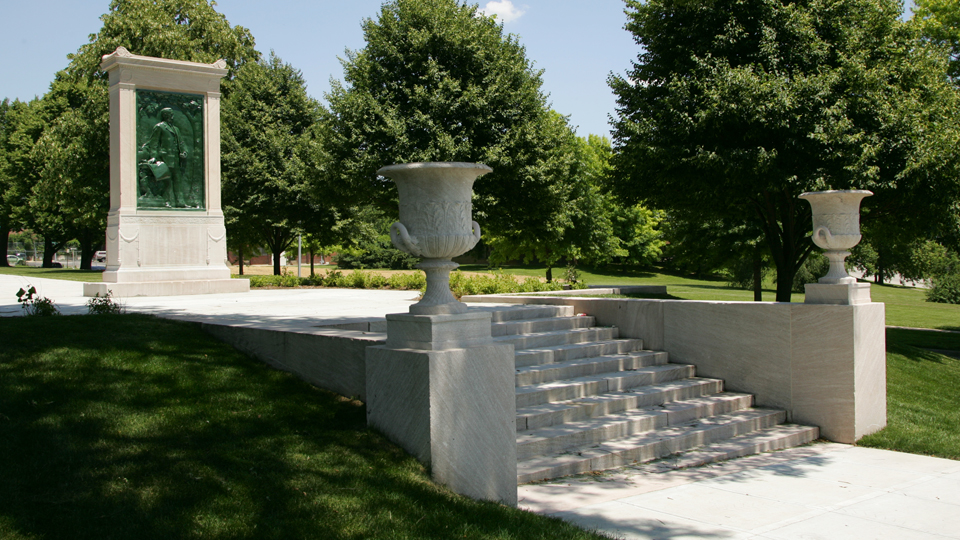 August Robert Meyer (1851-1905) was the first President of the Board of Park Commissioners (1892-1901).  His career started as a government assayer and mining engineer in Colorado and was one of three men who founded Leadville, Colorado.  Mr. Meyer’s knowledge of the beautiful European cities made him a resource in the first park movement.  He hired experts with his own funds to come to Kansas City.  His foresight of the Parks system created the foundation for our parks and boulevards of today.

Mr. Meyer has been recognized by the naming of Meyer Boulevard after him and by the memorial which was erected in his honor by the Kansas City Commercial Club.  This was the first memorial to be placed in Kansas CityParks and represents Mr. Meyer as being able to see far into the future.  The site for the memorial, known as the “square,” was selected on April 27, 1908.  In the Board minutes stipulations were made for the Landscape Architect to present plans for the foundation and treatment of the square.  Included with the memorial is a staircase and two large vases.  Below are the words which are carved on the monument beneath the bronze tablet:

In memory of August Robert Meyer, First President of Park Commission of Kansas City.
On the opposite side of the memorial:
Houses and shops are man’s
But grass and trees and flowers
Are God’s own handiwork.
Undaunted this man planned and toiled
That dwellers in this place might ever
Freely taste the sweet delights of nature. 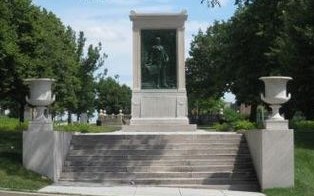