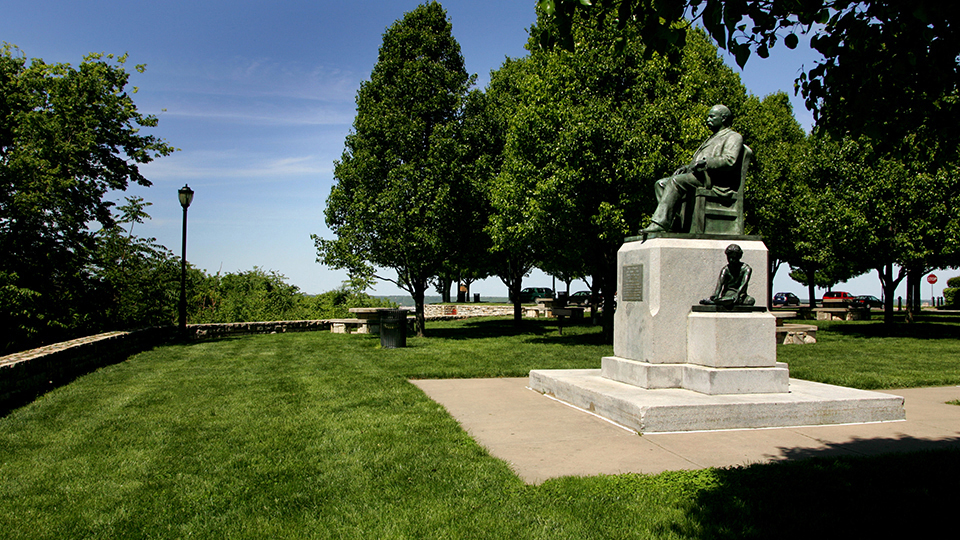 The bowls held by the children were originally designed to serve as drinking fountains.  This monument has been a frequent victim of vandalism.  The figures of the children have been stolen whole and in part on several occasions. The existing children are replacements for the originals that were sculpted by Kansas City artist Tom Corbin in 1990.

The James Pendergast Memorial was originally located in Mulkey Square at 13th and Summit.  It was relocated to its current location in West Terrace Park/Case Park (whichever you prefer) on March 17, 1990.  It is just to the south-southwest of the Corps of Discovery sculpture of Lewis & Clark.

Inscription:
Plaque West Side:  James Pendergast born January 17, 1856, Alderman of First Ward, 1892-1911, died November 10, 1911.  This monument is erected by general contributions as a tribute to the rugged character and splendid (sic) achievements of a man whose private and public life were the embodiment of truth and courage.  Moved and erected March 17, 1990.

Plaque East Side:  A tribute to the memory of James Pendergast. No man is no greater glory given than to have done his duty to himself and to his people; to have been beloved by the weak; to have been fearless in the expression of his views and true to every pledge and at last when the day’s work is done to have gone to his final rest, at peace with the world, and with his God, honored by the public he has faithfully served and mourned by the friends whose loyalty he has earned. 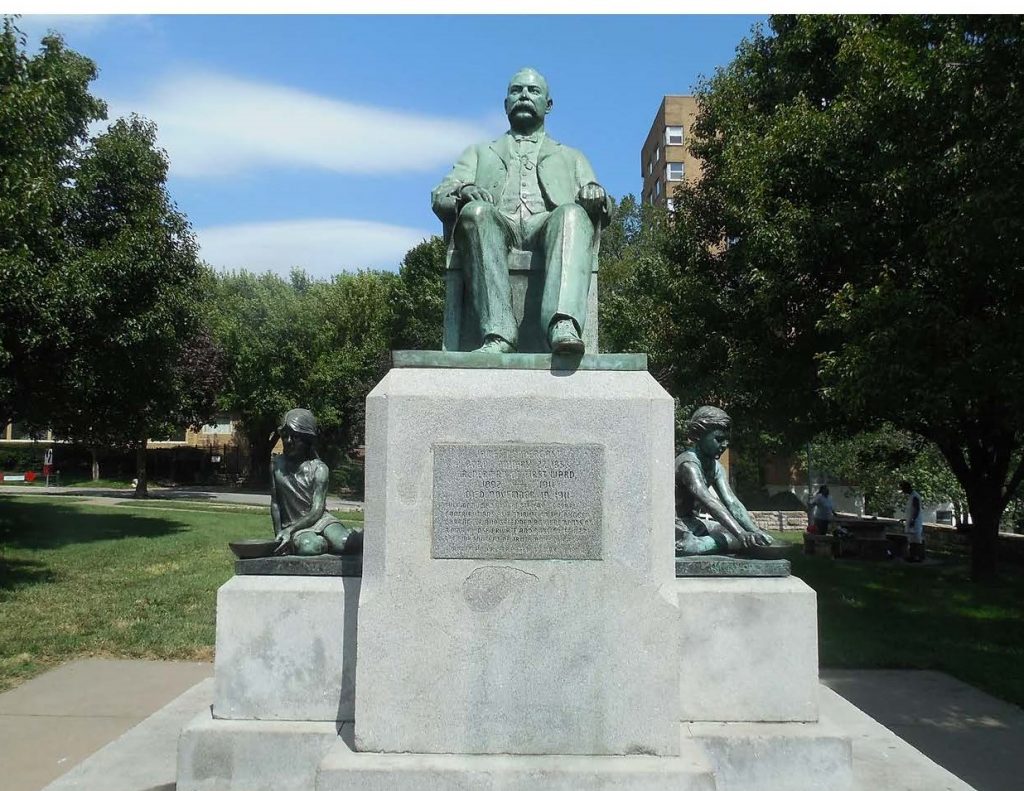