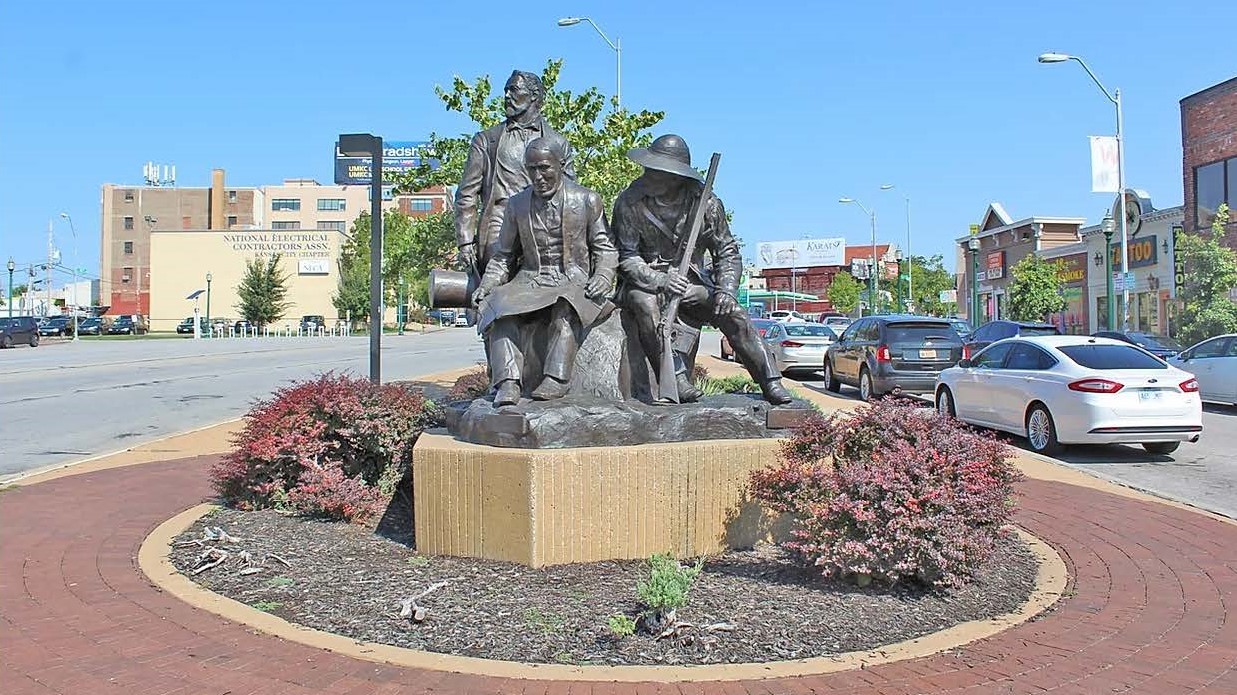 Artist/Designer: Tom Beard
Park: Pioneer Park
Dedicated: October 10, 1987
Medium:  Bronze
Description: In Pioneer Park in the heart of Westport is this sculpture commemorating the establishment of Westport by honoring three men important to the city’s founding and legacy.

On the left/west side is a sculpture of Alexander Majors.  Majors was “the great freighter.”  He was an important businessman who employed many people, over 4000, and resources.  He was linked to many great endeavors including the Pony Express and overland stagecoach lines to Denver and Salt Lake City, both of which were important in the westward expansion of the United States.  Majors is standing and looking to the west where many of his interests were located.

Seated in the center is John Calvin McCoy.  McCoy was a surveyor who laid out the original plat of the city of Westport, Missouri around his trading post at what is now the corner Westport Road and Pennsylvania Avenue.  He was also the first postmaster of Westport and later laid out the town of Leavenworth, Kansas.  The sculpture of McCoy has a plat of Westport spread out on his lap.  Both McCoy and Majors are wearing typical businessman clothing of their time period.

Sitting on the right/east side clothes is James Bridger.  A famed mountain man, Bridger was a hunter, trapper, guide and scout.  He discovered the South Pass through the Rocky Mountains in 1827, enabling further westward expansion of the country, and the Great Salt Lake in 1834.  In 1843 he founded Fort Bridger in Wyoming.  In 1866, he purchased Chouteau’s Store at 504 Westport Road which is one of the oldest buildings still standing in Westport.  Bridger was also a resident of Westport for a time.  The figure is seated, decked out in hunting clothes, and holds a rifle.

The large bronze, at approximately nine-and-a-half feet tall and wide, was commissioned by the Westport Historical Society and the Native Sons of Kansas City.  Many local businesses and organizations, as well as private individuals, donated money for the creation of the monument. Pioneer Park also includes large terrazzo map embedded in the surrounding pavement. 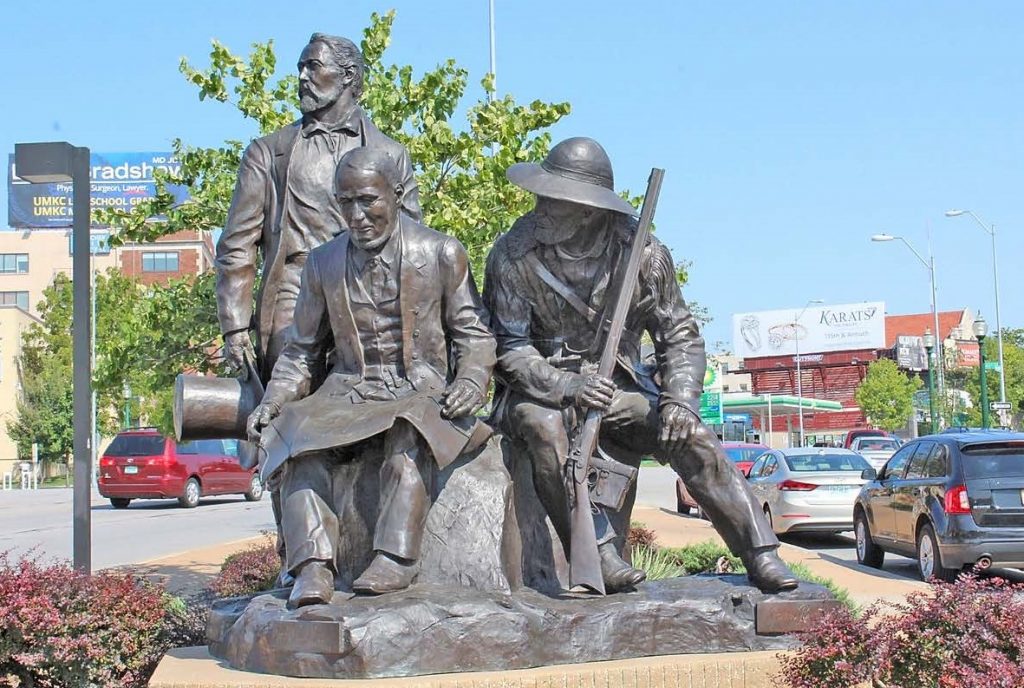