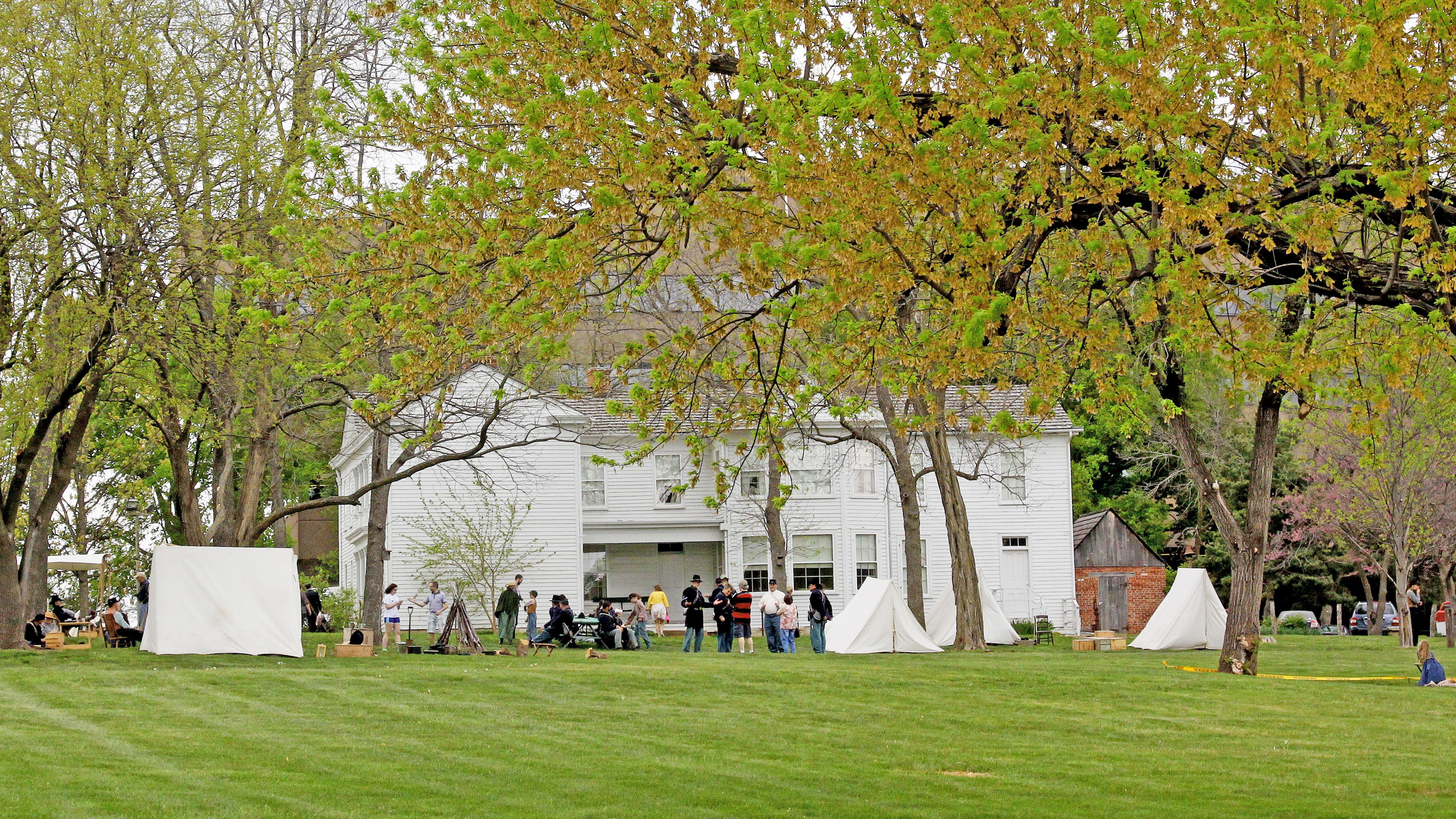 The Russell, Majors, Waddell Park honors three men who created a business venture in the mid-nineteenth century that, while not lasting for a long period of time, played an important role in advancing communication in the developing United States.

In the mid-1850s William Russell, Alexander Majors and William Waddell were partners in the business of transporting freight, animals and supplies across the country.  The business venture for which they became best known was the Pony Express, where young men rode a series of horses across plains and mountains from St. Joseph, Missouri to Sacramento, California in ten days, carrying mail for $1 to $5 a half-ounce ($1 in 1861 = $26 in 2012 figures).  This was a speed much faster than the normal carriage of mail by stagecoach.  The Pony Express lasted from April 1860 – October 1861.  Its demise was due to the development of the telegraph, the high cost to send a letter and cost to supply horses and furbishing the stations where the riders would pick up their fresh horses, as well as the outbreak of the Civil War.

The park is located on property formerly owned by Alexander Majors.  Mr. Majors’ home built in 1856 is right by the park and is a museum.  A proposal to create the historic city park was presented first in 1975.  Land was acquired over a period of years and the Russell, Majors, Waddell Park was dedicated in 1983.

The home was placed on the National Register in 1970, submitted by Majors’ granddaughter Louisa Johnston in her fight to save it.  Miss Johnston died in 1979.  The home was restored in 1984, and features original hardwood floors and millwork, as well as furnishings of the era. Also on the site are blacksmithing demonstrations, gardens, and displays of tools, wagons and carriages from the mid-1800s.  The museum is run by the Wornall-Majors Houses Association, which also has the John B. Wornall Museum at 61st Street and Wornall Road.  The Alexander Majors House, 8201 State Line Road, is open on Saturdays and Sundays from 1-4 p.m. for public tours.  More information.

You can rent the Barn at The Alexander Majors House for your next event (wedding reception, corporate meeting, birthday party, reunion, etc.). For more information, email Coordinator, Facility Rentals.