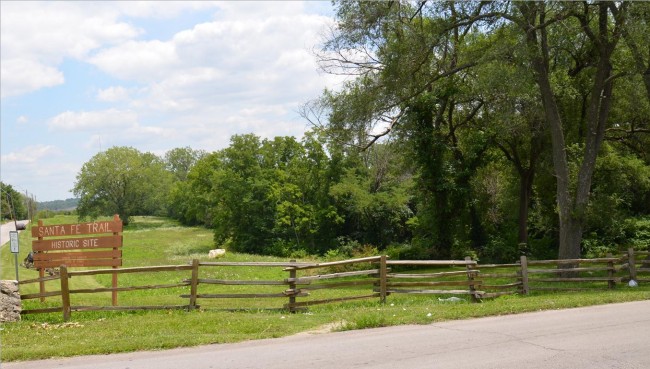 In the mid-1960s, it was brought to the attention of the Park Board that there was a Santa Fe Trail connection with the property at 27th and Topping to the Blue River, near Blue Valley Park, by a group called the Santa Fe Trail Savers. The Independence and Westport Road, also called the Big Blue River Crossing, was a lesser used route in going from Independence to Westport.

The Kansas City Park Board recognized its significance and pursued grants for purchase of the property. After the purchase in 1967, it was originally called Blue Valley Park – Santa Fe Addition but was renamed Santa Fe Trail Park in 1971.