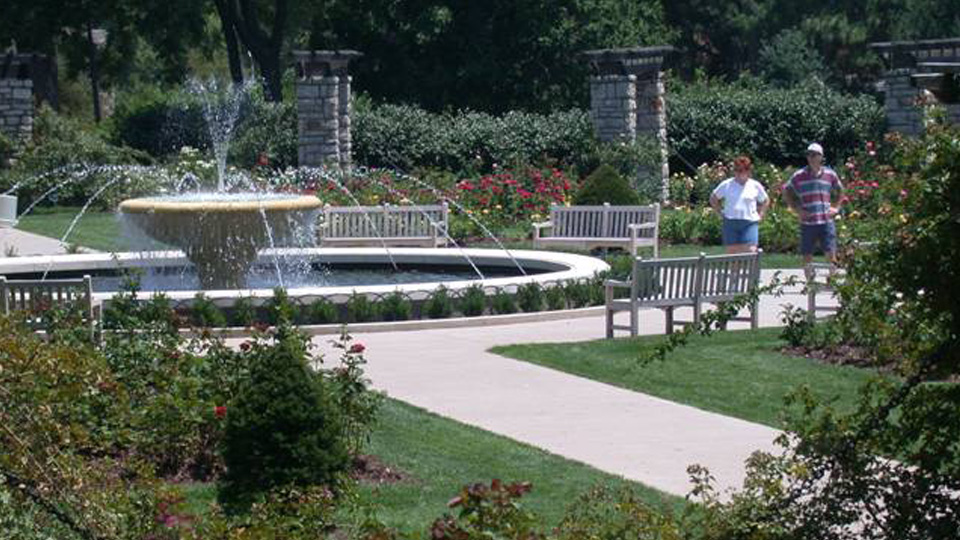 The beautiful Laura Conyers Smith Rose Garden at Loose Park has been adorned with a water feature since the 1930s.

The original design for a “municipal rose garden” by landscape architect, S. Herbert Hare included a small lily pool in the center of the garden.  The pond was dedicated in 1936.   A sculpture, “Spirit of the Rose Garden”, was placed in the pool with gentle sprays of water at her feet in 1939.  Her sculptor, Walter Wallace Rosenbauer, was an instructor at the Kansas City Art Institute.  “Spirit” remained there until the early 1950s.

The Kansas City Rose Society orchestrated raising funds for the creation and purchase of a new fountain beginning in 2001.  The bowl is of a classic design and carved of buff-colored stone from Vincenza, Italy.  The bill for the new fountain and its placement of $750,000 was paid for by private donations.  New sidewalks, lights and a renovated pool were part of the project.  It was dedicated in August 2002. 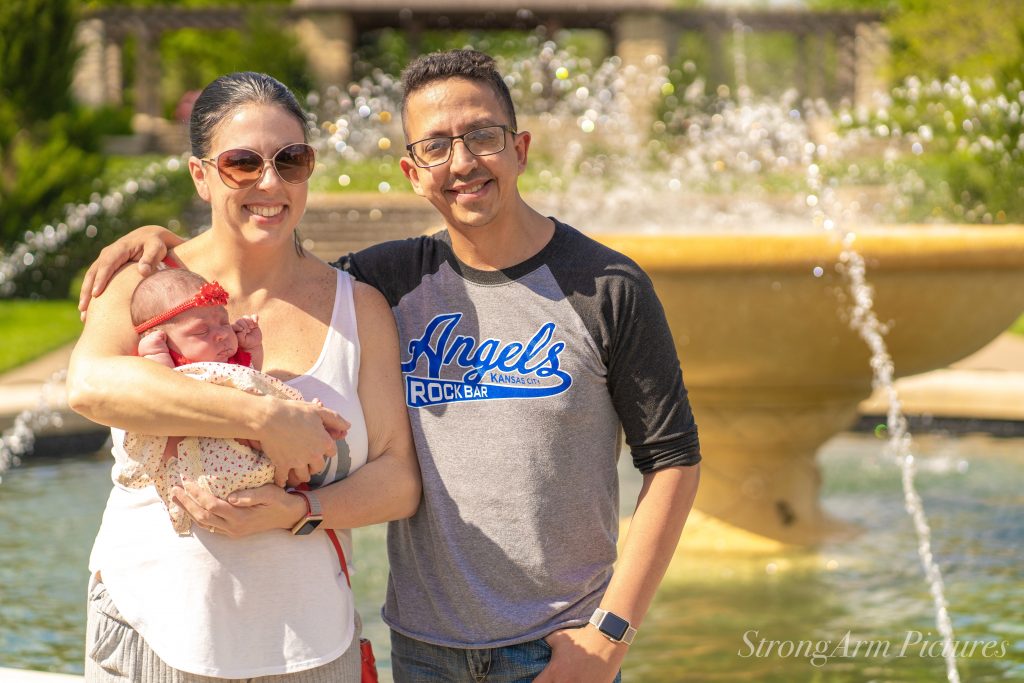