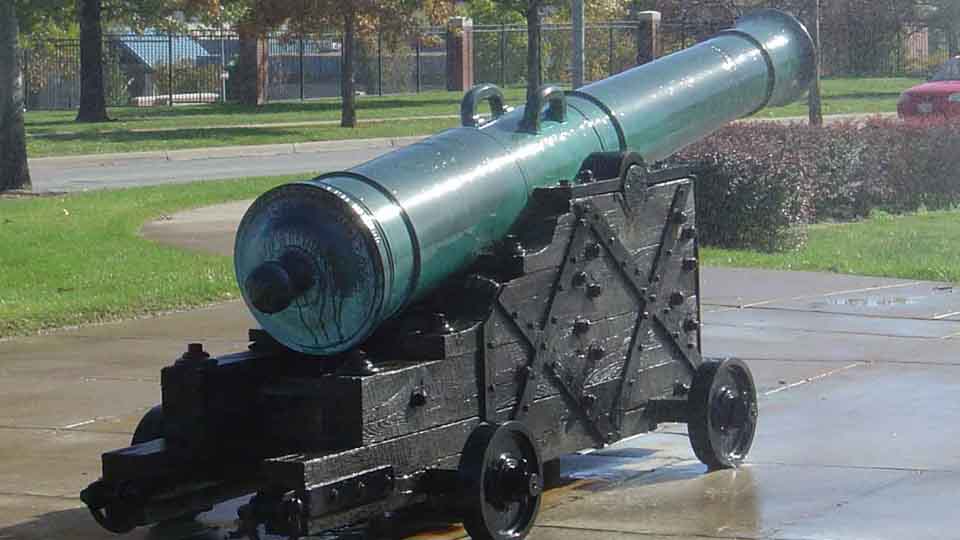 Cast on April 24, 1856 at the Royal Arsenal of Seville, Spain, this 6 inch bore gun is named “Sancho el Bravo” (Sancho the brave).  The barrel is engraved with the Royal cipher of Queen Isabel II.

Prior to 1898, “Sancho” was shipped from Spain to Santiago, Cuba to be used as part of that city’s coastal defenses.  After the outbreak of war between the United States and Spain, the gun saw considerable action against American soldiers and sailors.  Finally, following the capture of San Juan Hill, Santiago surrendered to the U.S. Fifth Army Corps on July 17, 1898.

Santiago’s armament of guns was brought to this country and distributed among the various states on June 5, 1899.  Most of these historic guns were melted down during the scrap metal drives of World War Two.  “Sancho” somehow survived to remain as one of Kansas City’s memorials to the “Splendid Little War.”