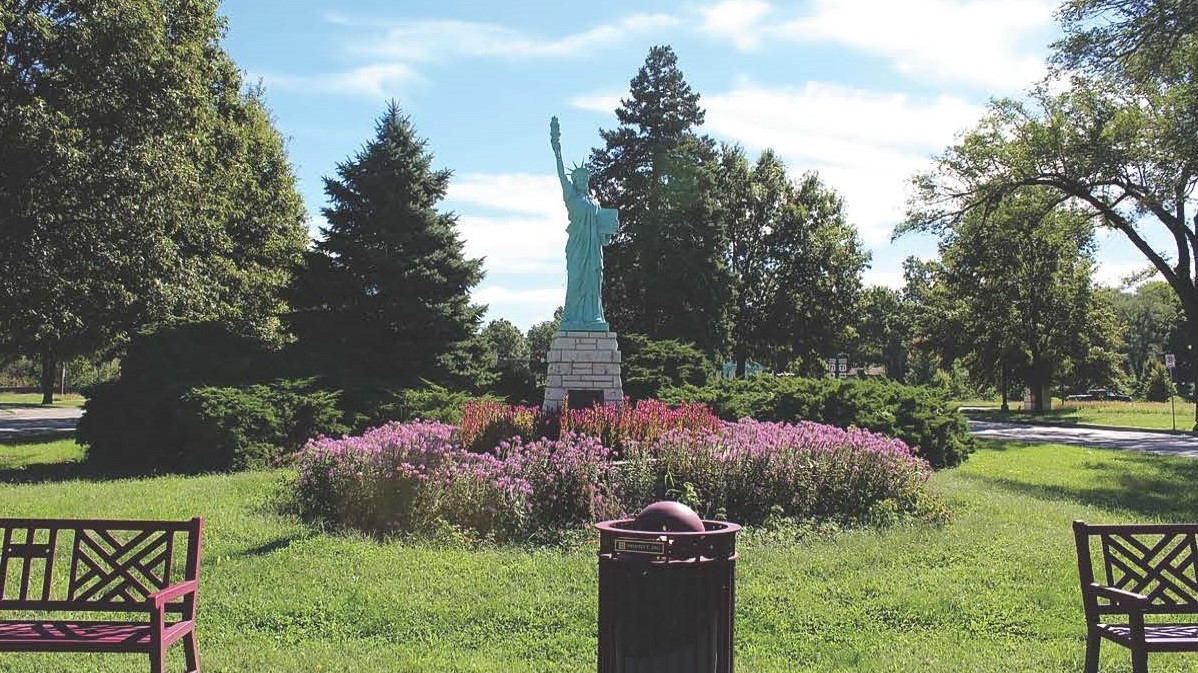 Artist:  Frederic Auguste Bartholdi (original Statue of Liberty), Friedley-Voshardt Co. (manufacturer of replica)
Dedicated: November 20, 1949
Medium:  Copper (sculpture), stone (pedestal and base)
Description: This scale size Statue of Liberty, a replica of the one standing in New York Harbor, was presented by a nationally sponsored Boy Scout program which gave 206 monuments to various cities all over the country. This sculpture was a gift from the Whitaker family and is one of two in the metropolitan area.

Statue of Liberty Replica – faces West and crowned with a 7 pointed crown. Right hand extended holding a torch, left hand holds a tablet to her bosom. Right foot balances on toes. Figure is heavily draped in a toga gown. Feet in sandals stand in a dirt flower bed surrounded by a stone base in the shape of an eleven pointed star. This in turn is surrounded by a 14′ circular dirt flower bed with not other boundaries.

Inscription (Plaque size: 16″x13″): With the faith and courage of their forefathers who made possible the freedoms of these United States, The Boy Scouts of America dedicate this replica of the Statue of Liberty as a pledge of everlasting fidelity and loyalty. 40th anniversary crusade to strengthen the Arm of Liberty 1950. 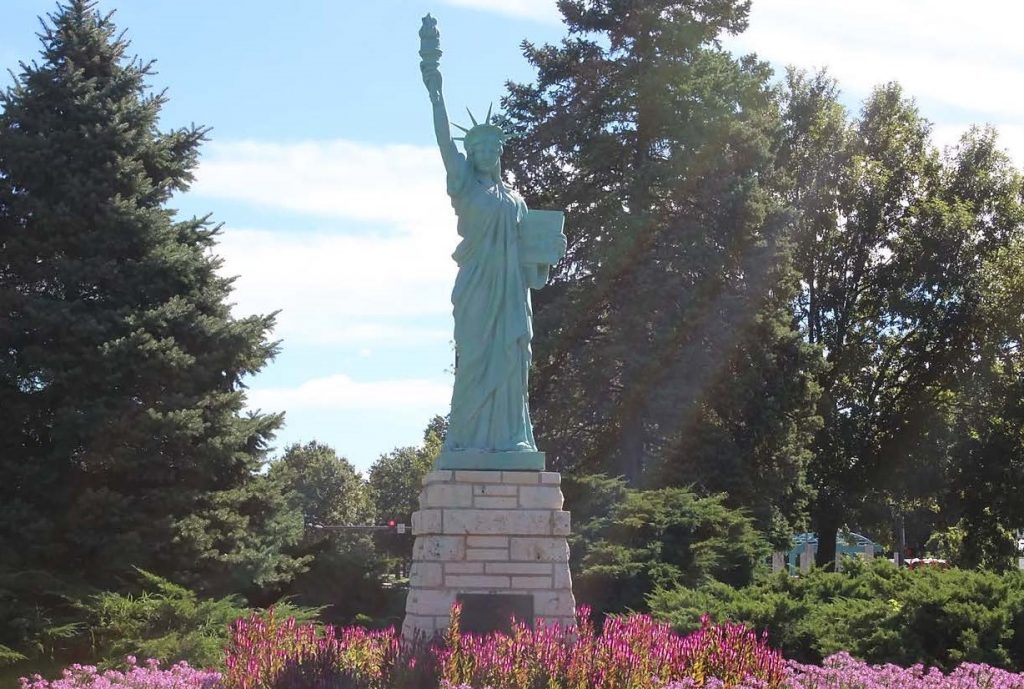