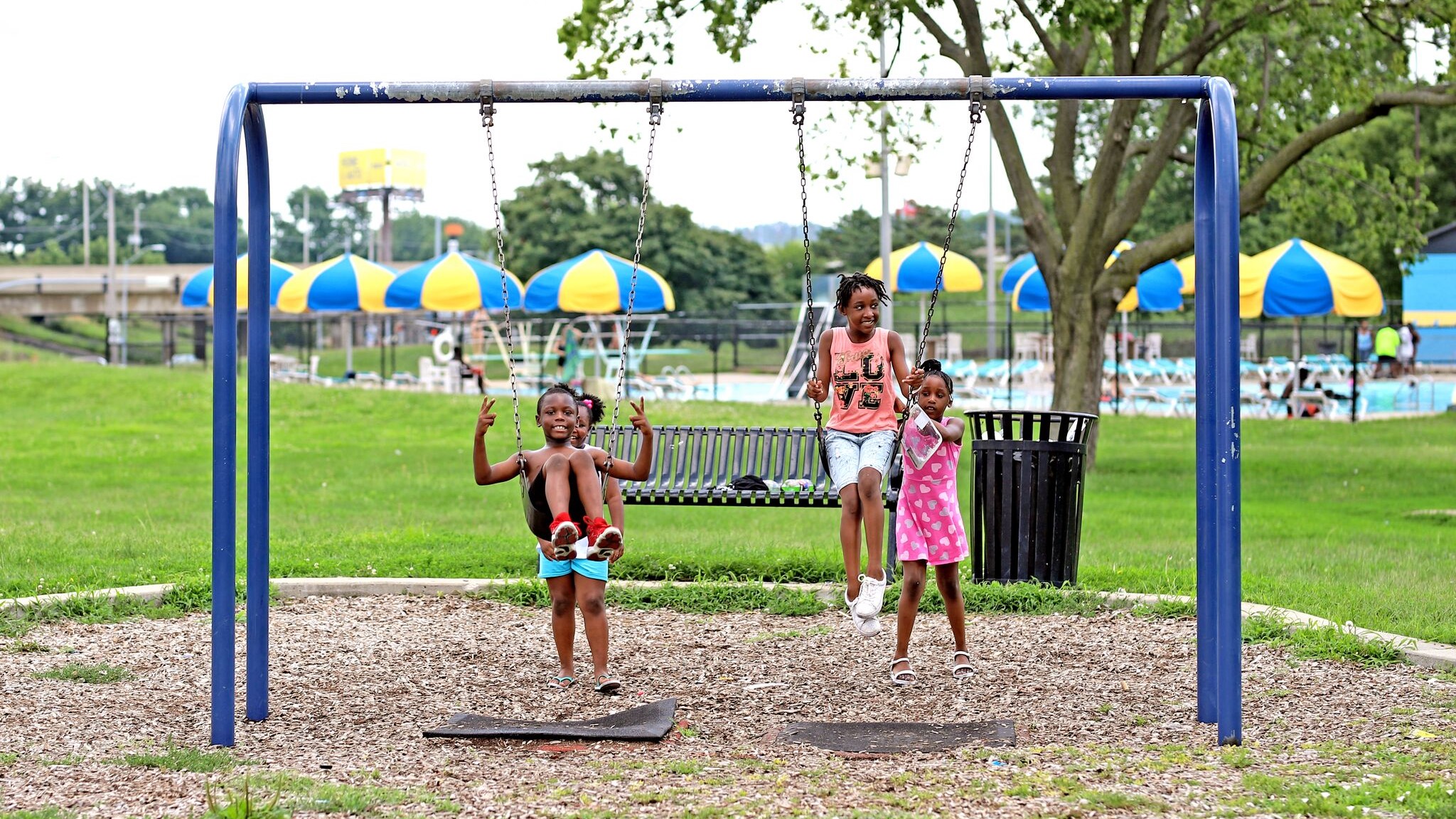 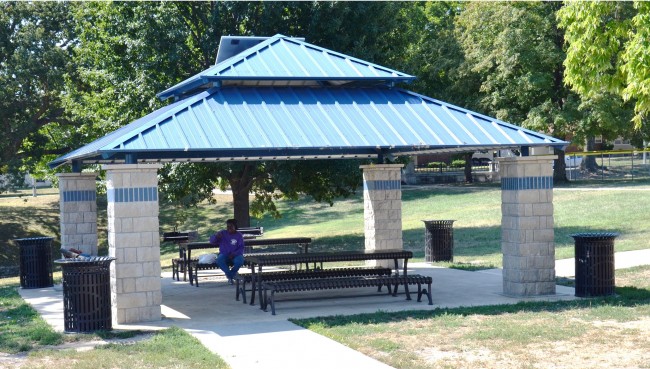 The 1893 plan for parks and boulevards proposed a park called Walnut Grove at 15th Street, Walrond Avenue (now Benton Boulevard): “It is sufficient to serve not only for children’s play, but may be made a pleasure-ground of considerable beauty. The ground is already well wooded. Its improvements would be simple in form; including walks, arranged to lead through shady groves, and possibly some interesting plantation of flowering shrubs around the borders of the property.”

Property for The Grove was purchased in 1898. The park’s first use was as more as a beauty spot with no amenities. Small early additions were playground equipment and a croquet court. In 1911 landscape architect George Kessler prepared a plan for the park. A wading pool was constructed in what had been an old creek channel and became very popular with children.

The jewel of the Grove for many years was the bathhouse which opened in 1914. The design, by local architects Wight and Wight, was evocative of a Roman bathhouse with its grand and classic design which was in the mode of the City Beautiful movement popular at the time. From the Park System of Kansas City Souvenir 1920:

While there were other bathhouses administered by the Park Department at that time such as at The Parade and Holmes Square Park, the one at the Grove was larger and more elaborate than the others. Popular for many years, the structure was eventually abandoned and then torn down in 1964.

The Grove and other small parks in various neighborhoods throughout the city were considered very important components of the park plan of Kansas City. They offered activities and playgrounds within walking distance of residential areas. The Grove was also easily accessible by trolley car on the 15th Street railway. Other activities at The Grove included tennis, horseshoe pitching, swimming, baseball and volleyball. 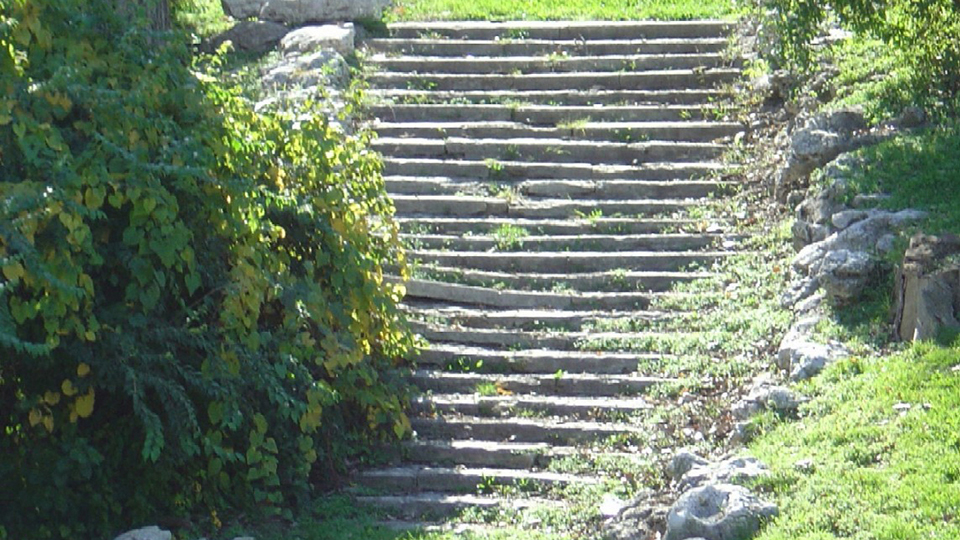