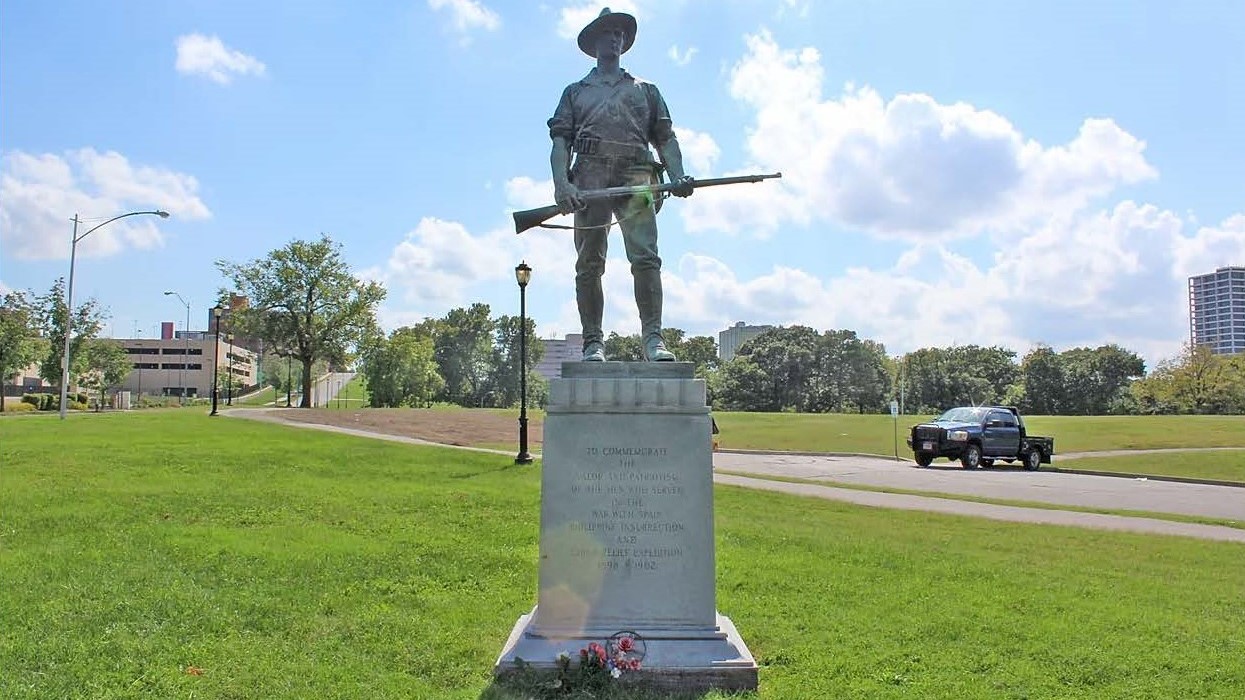 Artist:  Theo Alice Ruggles Kitson
Dedicated: November 9, 1947
Medium:  Bronze (sculpture), granite (base)
Park:  Penn Valley Park
Description: The Hiker stands south of the Liberty Memorial in the grassy area between Wyandotte Street and a parking lot.  It memorializes the veterans of the Spanish-American War, the Philippine Insurrection and the China Relief Expedition and represents the typical uniform a soldier wore during these events.  An American soldier in the early twentieth century was referred to as a “Hiker.”  Sculpted by Theo Alice Ruggles Kitson, it was one of several Hiker statues she did, which are placed throughout the United States.

The inscription is on the front of the base while the logo for United Spanish War Veterans appears on both the east and west sides of the base.

Inscription: To commemorate the valor and patriotism of the men who served in the war with Spain/Philippine Insurrection and China Relief Expedition. 1898-1902.

More: The Hiker” is a tribute to Americans who served in the Spanish-American War (1898) in both Cuba and the Philippines; the Philippine Insurection (1899-1902) and the China Relief Expedition also known as the Boxer Rebellion (1899-1901) in China.

The statue was created by Theodora Alice Ruggles Kitson (1871 – 1932), who was professionally known as Theo Ruggles Kitson or Theo A. R. Kitson. The first Hiker was made in 1906 for the University of Minnesota.  At least 50 copies of The Hiker were made and are located in Texas, Massachusetts, New York, Ohio, California and many other states.  Kansas City’s was dedicated in 1947 with some former “Hikers” present at the ceremony.

Mrs. Kitson’s artistic talent was recognized at a young age. In 1886 she began an apprenticeship with sculptor Henry Hudson Kitson who she later married.  She was the first woman to be admitted to the National Sculptors Society in 1895 and gained national and international recognition for her work. Many of the sculptures Mrs. Kitson did related to military subjects and were acknowledged for their realism. 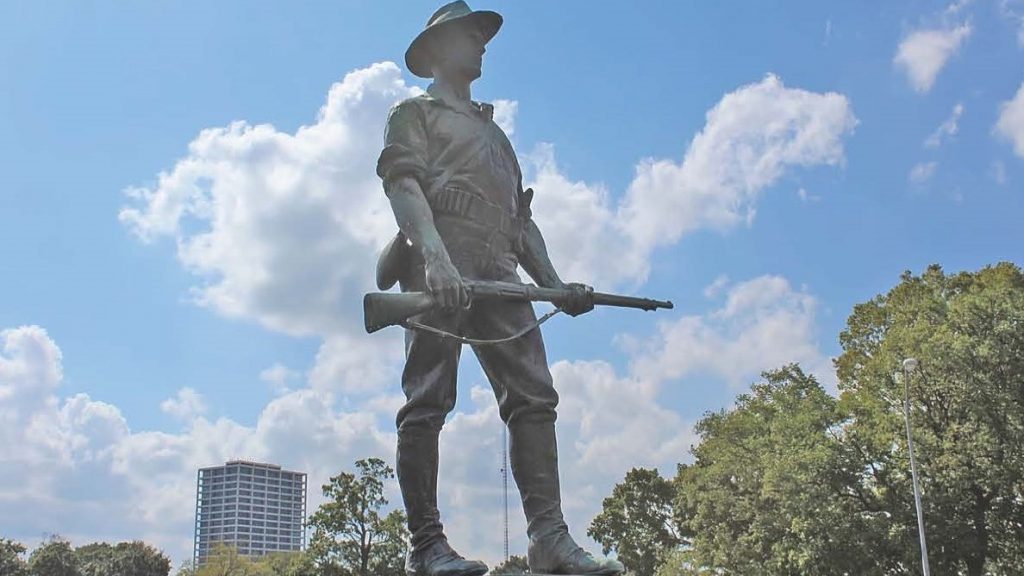