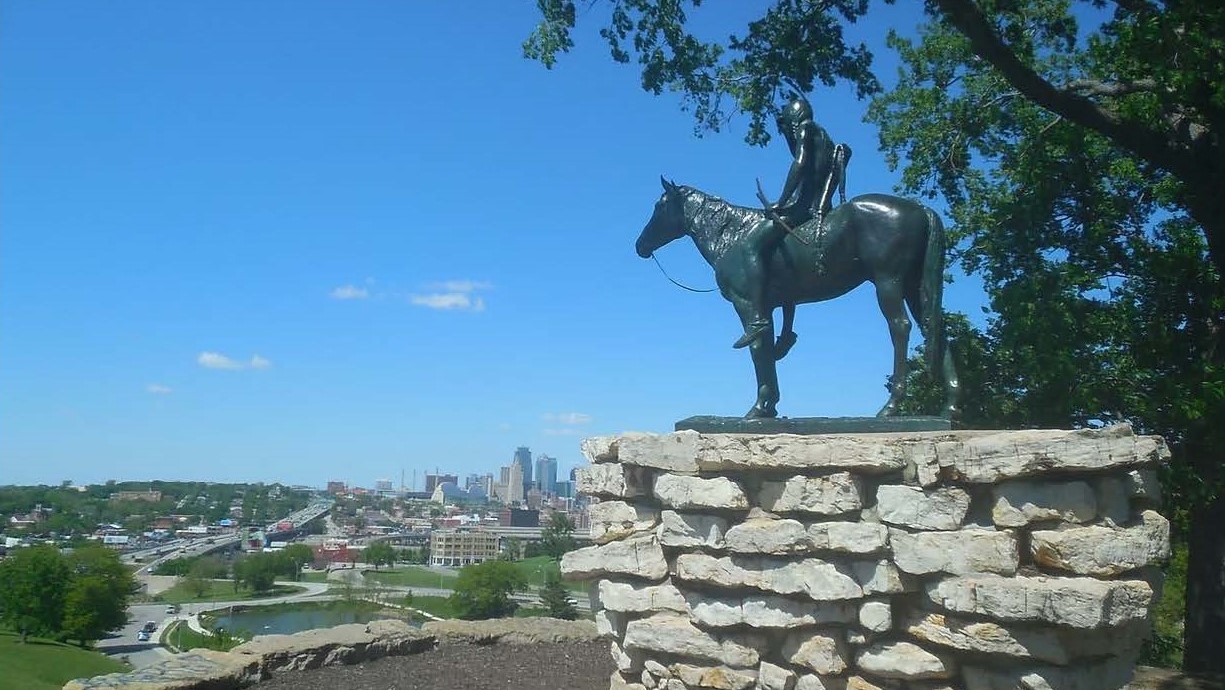 Description: Dedicated in 1922 as a memorial to local Indian tribes, The Scout depicts a Sioux scout on horseback. Originally cast for the Panama Pacific Exposition in San Francisco in 1915, it arrived in Kansas City for a temporary exhibit on the way back to the sculptor on the east coast. Cyrus E. Dallin, of Boston and Paris, sculpted The Scout for the 1915 Panama-Pacific Exposition in San Francisco where it won a Gold Medal. Citizens were so delighted with the statue that they raised $15,000 to purchase it. Its prominent position on a hill in Penn Valley Park overlooks the city. This larger than life-size equestrian statue has become a symbol and a mascot of the city. 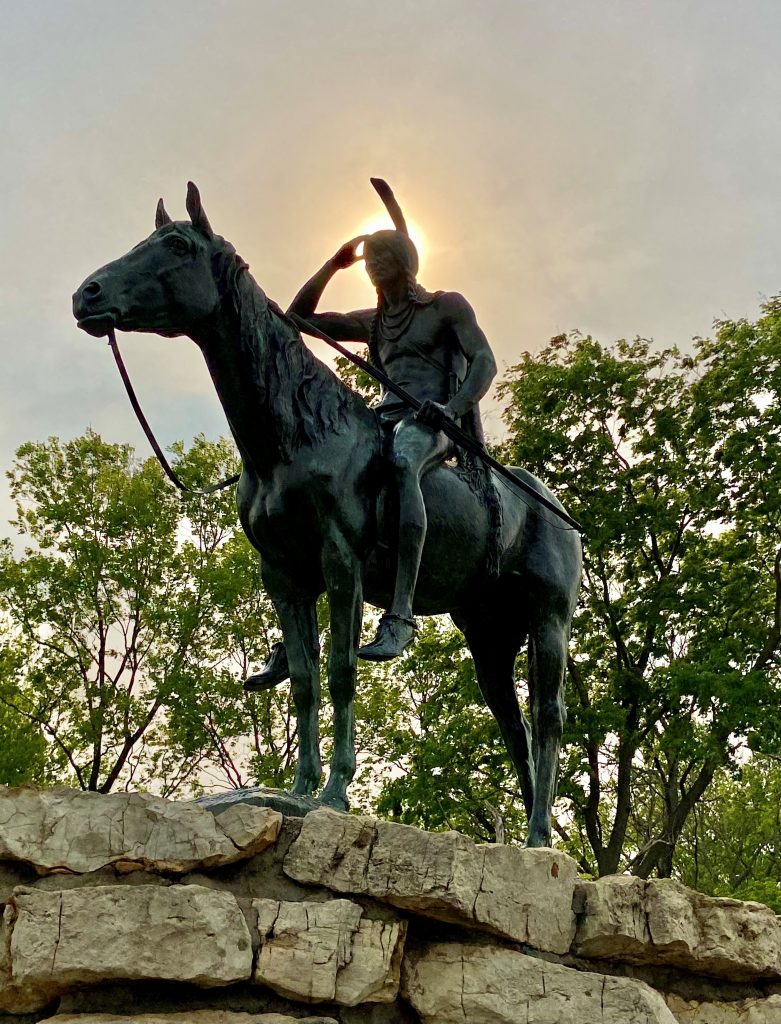