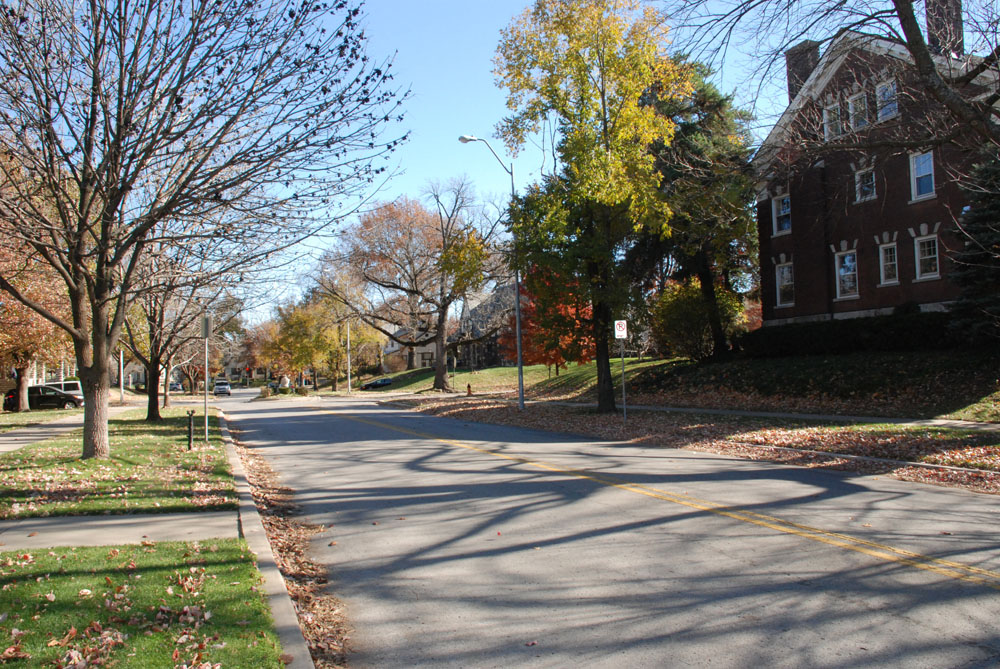 HISTORY
Don’t let the name of this curvy road trick you; this is not a place known for star-struck lovers to stroll through. Interestingly enough, the road was named after an original investor named P.A. Valentine — and he never even lived in the area. Before the majestic lime-stone, country style, 100-year-old mansions, the Valentine neighborhood, cozily tucked between Southwest Trafficway and Broadway, was nothing more than farmland owned by one person: Allen McGee, who was the son of James McGee, one of the founding fathers of Kansas City. In 1827, when the McGee family move to the Kansas City area from Kentucky, McGee predicted that the 160-acre landplot, just about an hour north by mule line from Westport (which now takes a fraction of that time), would transform into one of the most sought-after areas to build homes in the city. He was right. By the 1880s, the farmland that once blanketed the area developed into what is now known as the Valentine neighborhood.