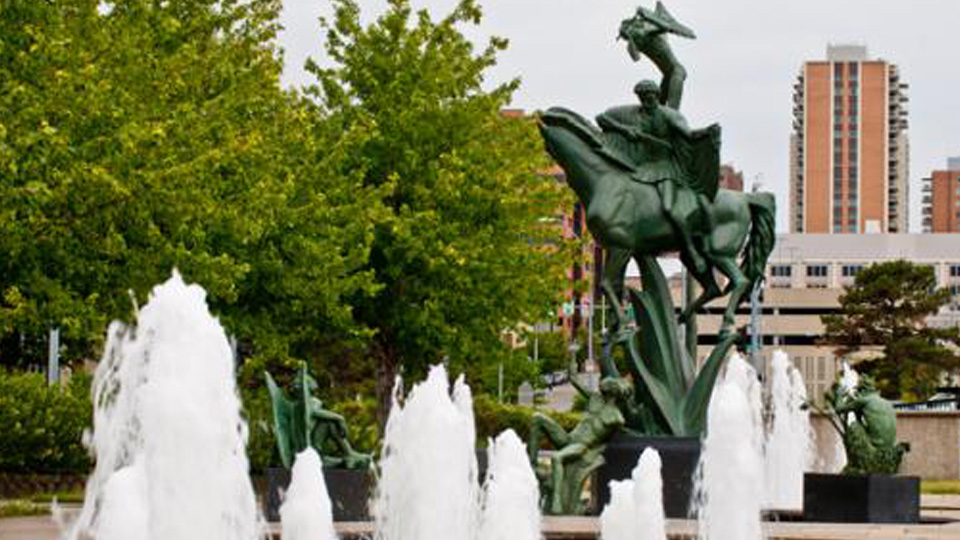 Description
It was an equestrian figure of St. Martin of Tours, a patron saint of France, on which Swedish sculptor, Carl Milles, based his memorial to William Volker. Volker was a prominent citizen and philanthropist who had done so much to enrich Kansas City. Flanking the main statue are four subsidiary figures. Fountain jets are contained in two pools on either side. Three tiers raise water to heights of 5, 20 and 28 feet. To add a touch of humor, Milles has an angel playing the flute from the wrong end and carved a wristwatch on another angel.

The central figure is St. Martin on horseback with a beggar below with whom he shares his coat. The other figures are a bewildered fawn, a seated angel, and an angel playing a flute. Bruno Bearzi of Florence, Italy was founder for the equestrian figure and Herman Bergman of Stockholm, Sweden was the founder of the other figures.

The monumental fountain was originally in Theis Park but was moved in the 1990’s to this site on Volker Boulevard, just south of the park, and sits above a 28-foot-high (8.5 m) waterfall and basin along Brush Creek. 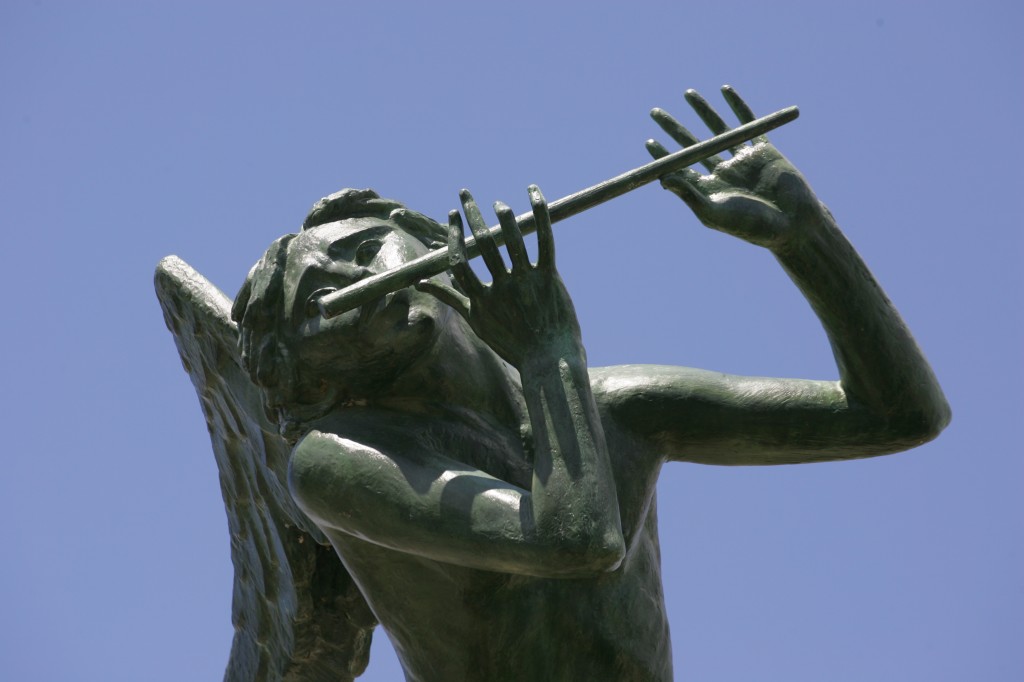