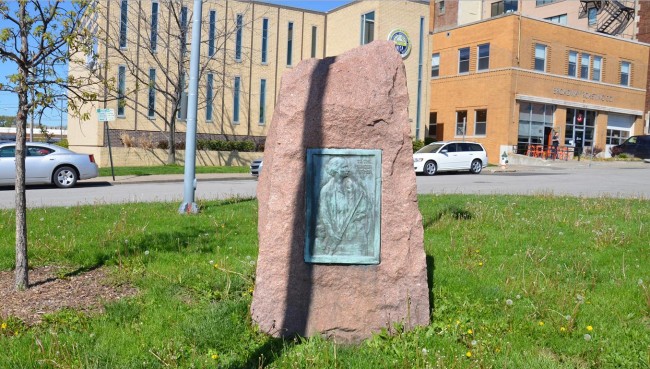 About:
This monument is dedicated to the pioneer women of the town of Westport by the Daughters of Old Westport.

Westport, incorporated as a town in 1833 was the jump-off place to the Santa Fe Trail.  This was the business and commercial center of the area before Kansas City came into being in 1850.  Goods and people moved up the Missouri River to “Westport Landing,” hence through what is now downtown Kansas City to Westport.  At the time of annexation, Westport comprised the area from 31st to 47th Streets, from State Line to Troost except a small tract between 45th and 47th Streets, State Line to Holly.

The plaque on the other side says:
To the Pioneer Mother

Similar markers are found in several other Westport locations. 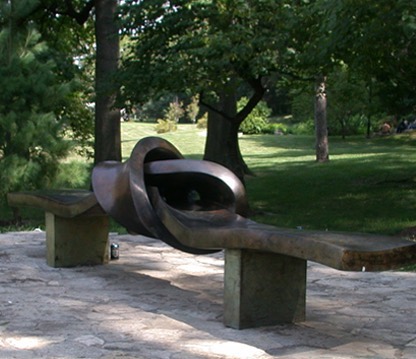