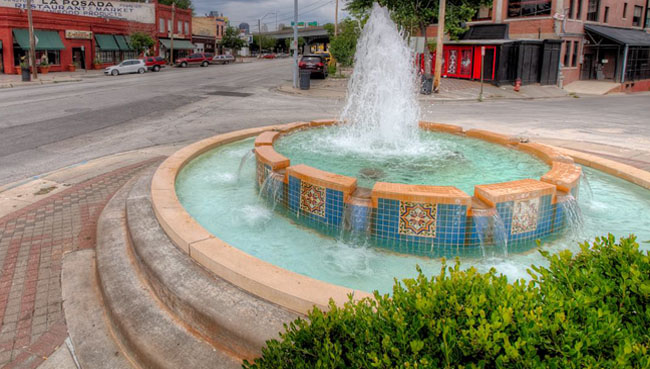 Dedicated in September 2001, this fountain is the result of major efforts by the Hispanic community of Kansas City. Located in a small plaza at the intersection of Southwest Boulevard and Summit Street, the eight-foot tall fountain features two basins of water falling through scuppers from one into the other.

The Westside fountain is also one of the more unique and colorful fountains in Kansas City.  Small blue tiles cover the outside of the upper basin while dark orange or tan tiles cover the top.  Larger tiles make up a colorful pattern that repeats in between each set of scuppers.  Five painted vertical steel beams topped with colorful elements form a semi-circle behind the fountain.  Landscaping fills in the area between the beams and the fountain. 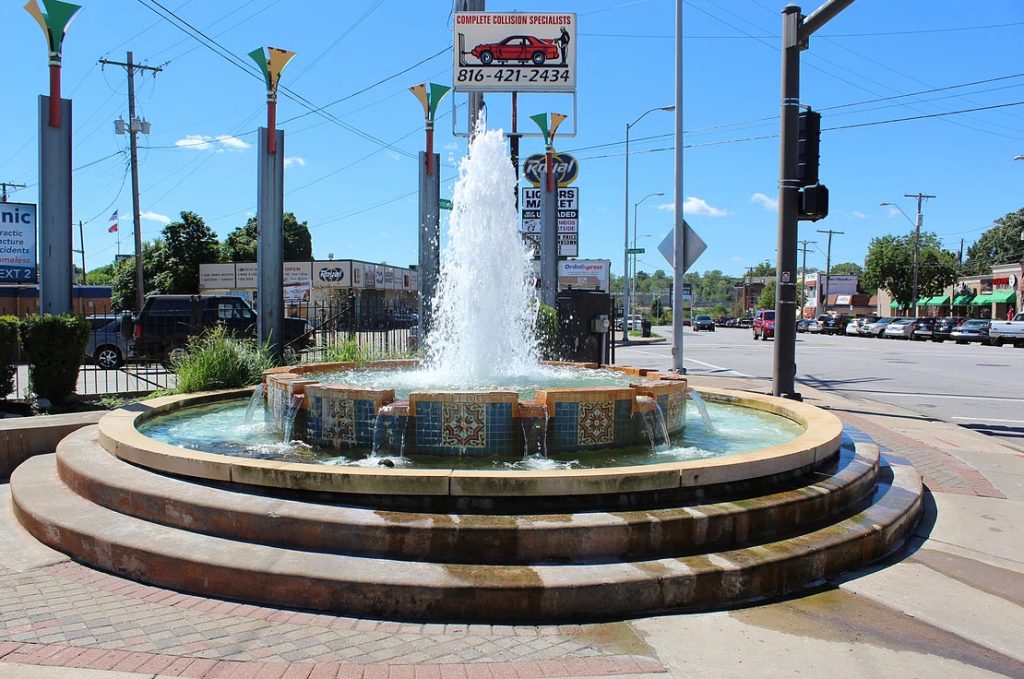