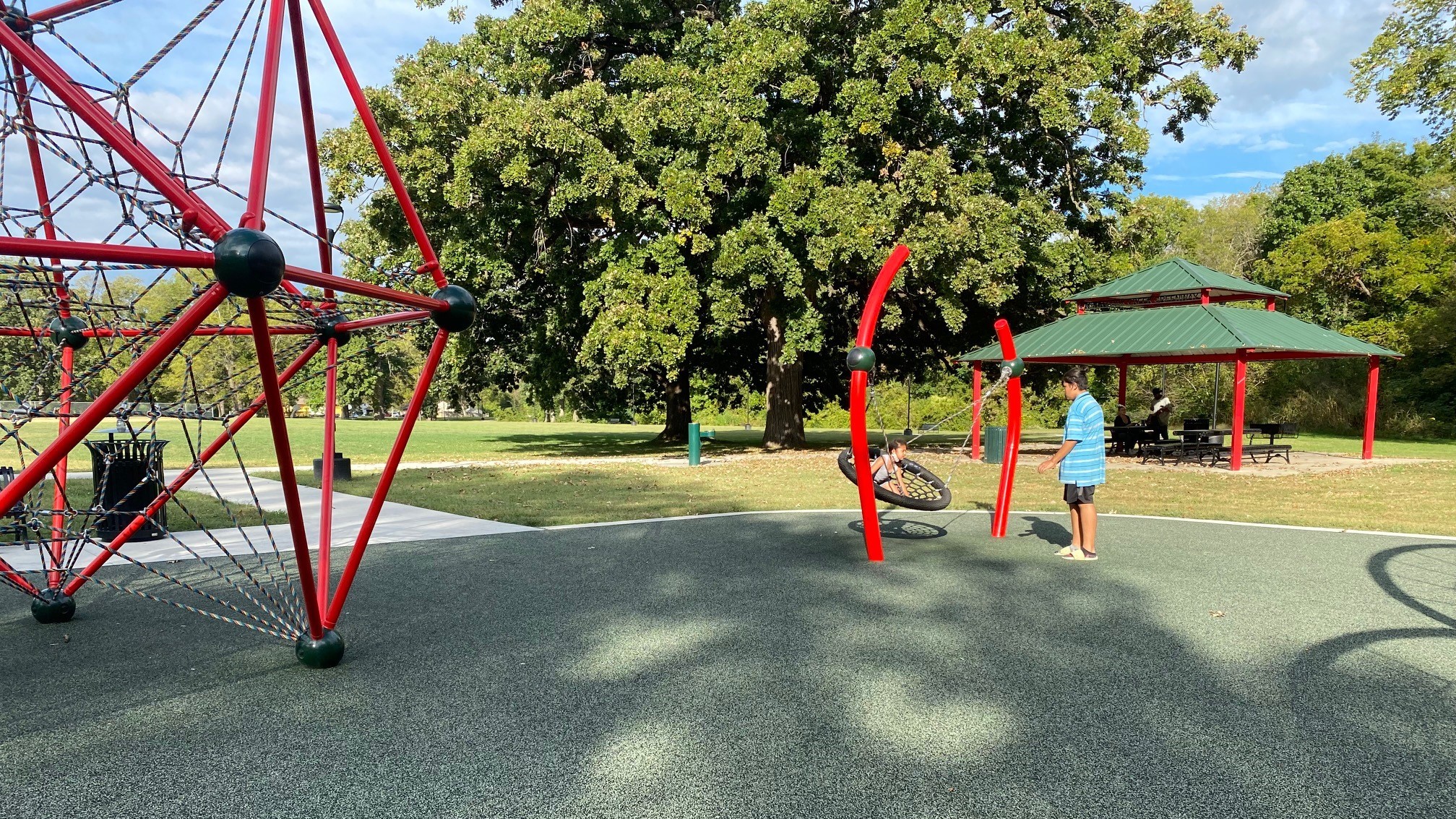 Dre’an Sanders ain’t gonna lie. The 13-year-old Hogan Preparatory Academy student admitted he once carried too much weight on his slight frame.

“I used to be a little chubby, bro,” Dre’an said, “and the more I started playing basketball, the more weight I lost, and I am being more healthy now, you know?”

He weighs a little more than 130 pounds now, estimating he might’ve been as heavy as 150 pounds at one point.

Dre’an spoke on a Saturday afternoon in late September, as he sat on a picnic table at a point along Town Fork Greenway, the roughly 70-acre park that winds through the east side of Kansas City, Missouri. Dre’an and his buddies, 16-year-old Xavier Fletcher and 14-year-old Jeremiah Young, had taken a break from playing basketball on the court at 57th Street and Agnes Avenue.

Xavier and Jeremiah added their own self-assessments about their conditioning.

These are exactly the type of experiences Kansas City Parks and Recreation had in mind when it created its Quality of Life Investment District (QLID) in early 2021, a special zone encompassing 38 parks that serve a predominantly minority population.

KC Parks is paying special attention to maintenance, upkeep, and improvements in the QLID parks, aiming to provide health and recreation opportunities as part of the department’s push to improve racial equity within the park system. The department has consistently found that parks within the Life X service area consistently score poorly on internal audits through its Safe, Healthy, Attractive, Public Environments (SHAPE) program.

Data from the city health department indicate that life expectancy within the six lower-income ZIP codes served by Life X can be as much as 15 years less than in other parts of the city. QLID parks are in five of the Life X ZIP codes.

Through QLID, KC Parks has upgraded the basketball court and baseball field at Town Fork Greenway.

The park is pretty much a home away from home for Dre’an, Xavier, Jeremiah, and some of their other buddies from the neighborhood. They often flip back and forth between the park and playing video games at home — and they head straight to the park once they change clothes after school.

Pick-up games are never hard to come by with so many kids coming down to the park, the boys said.

The boys like the new basketball court because it has better marking for three-point shots than the old court a little further south near the shelter. “It helps you better your game,” Jeremiah said.

The old court is still there, though it is half the size of the new full court.

The boys said they’d like to have lights added to the new court so they can play after dark, and it would be nice to have trees or something to provide some shade.

In 2021 in the QLID District, KC Parks has replaced 28 picnic tables,  8 BBQ grills have been replaced and the rest repainted, 12 swings have new seats,  6 new nets for tennis courts and all basketball  courts have been repaired, 6 have new nets. Town Fork Greenway also has new playground equipment, which is nice for Xavier.

“The playground is cool,” he said, “because I love my little sisters and cousins — they come down here to play, and I can be up here playing basketball, so it’s just more of a variety of things to do now.”