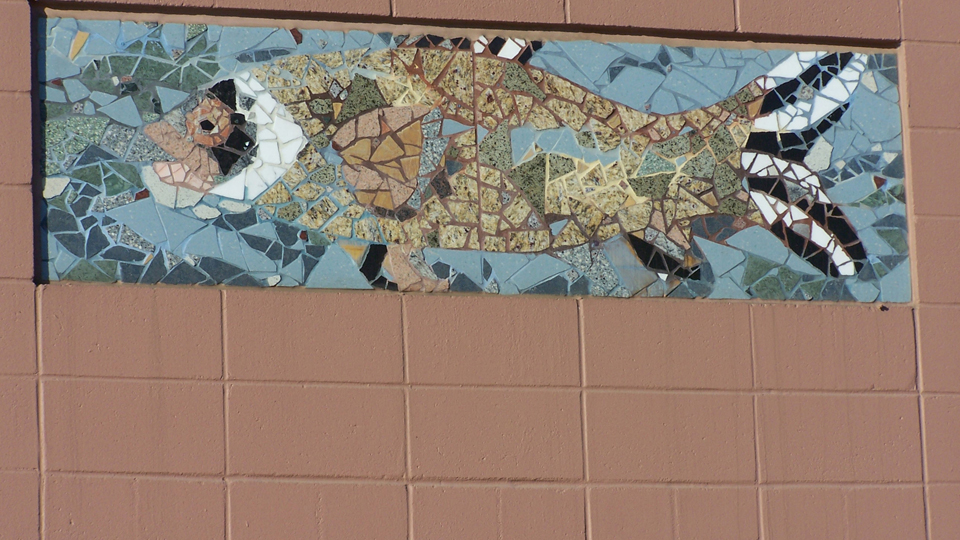 KCMO’s One Percent for the Arts Program
Artist: Concetta Morales
Installed: 2001
Medium: Mosaic/Tile
Description: Six murals depicting the life and influence of Tony Aguirre, a volunteer and mentor in the Westside community and for whom the community center was named.  The murals depict scenes from his time as a volunteer coach and Athletic Director at the Guadalupe Center as well as other roles in the Kansas City neighborhood where he spent nearly his entire life.  Two of the murals depict a fish, which was Mr. Aguirre’s nickname as well as the character traits he instilled in the children he mentored.  Those traits are FISH:  Friendship, Intelligence, Scholarship and Honor. All six murals are attached to or inset in the front wall of the Tony Aguirre Community Center.  Four of the murals face out from the front of the building.  The two small murals are inside the two empty spaces in the wall above the outward facing murals.

“The essence of all beautiful art, all great art, is gratitude,” a famous philosopher once said. Gratitude was clearly the inspiration for Concetta Morales in creating the artwork for the Tony Aguirre Community Center. “The Westside community spent literally decades lobbying to have this facility built in their neighborhood,” Morales said. “When it finally happened, they knew that it had to be named after Mr. Aguirre, because of the vital role he played in the community over the years.” It was his character that inspired the pieces she designed, and it was the involvement of his friends, family and neighbors that provided the details she incorporated into her work. Titled, A Man with the Certainty of a Tree and Flair of a FISH: Tony Aguirre, the artwork consists of several mosaic panels inset into the concrete exterior of the community center. Each one contains images from Mr. Aguirre’s time as volunteer coach and as Athletic Director at the Guadalupe Center, as well as from his various other roles in the Kansas City neighborhood where he’s spent nearly his entire life. One panel consists of a large fish; representing Mr. Aguirre’s nickname and the character traits he instills in the children he mentored (FISH stands for Friendship, Intelligence, Scholarship, and Honor). 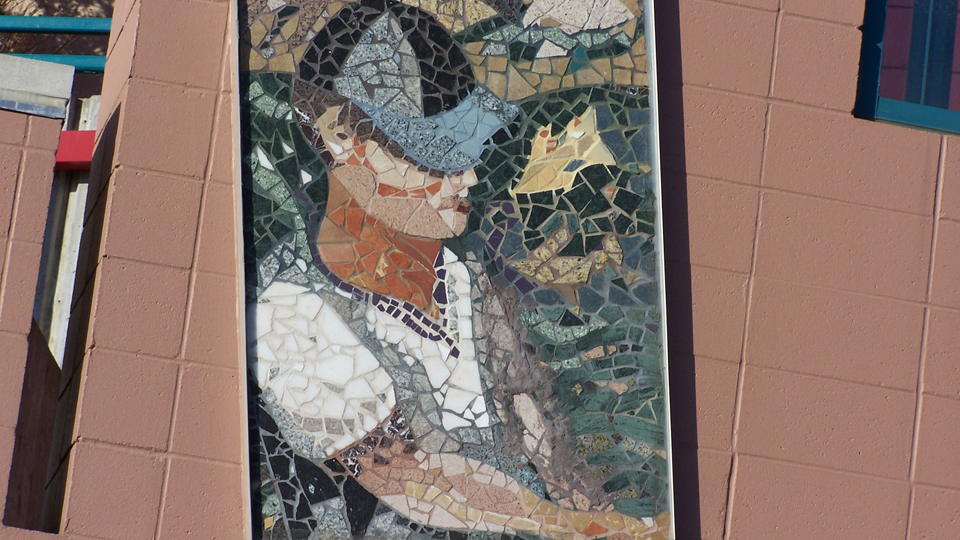