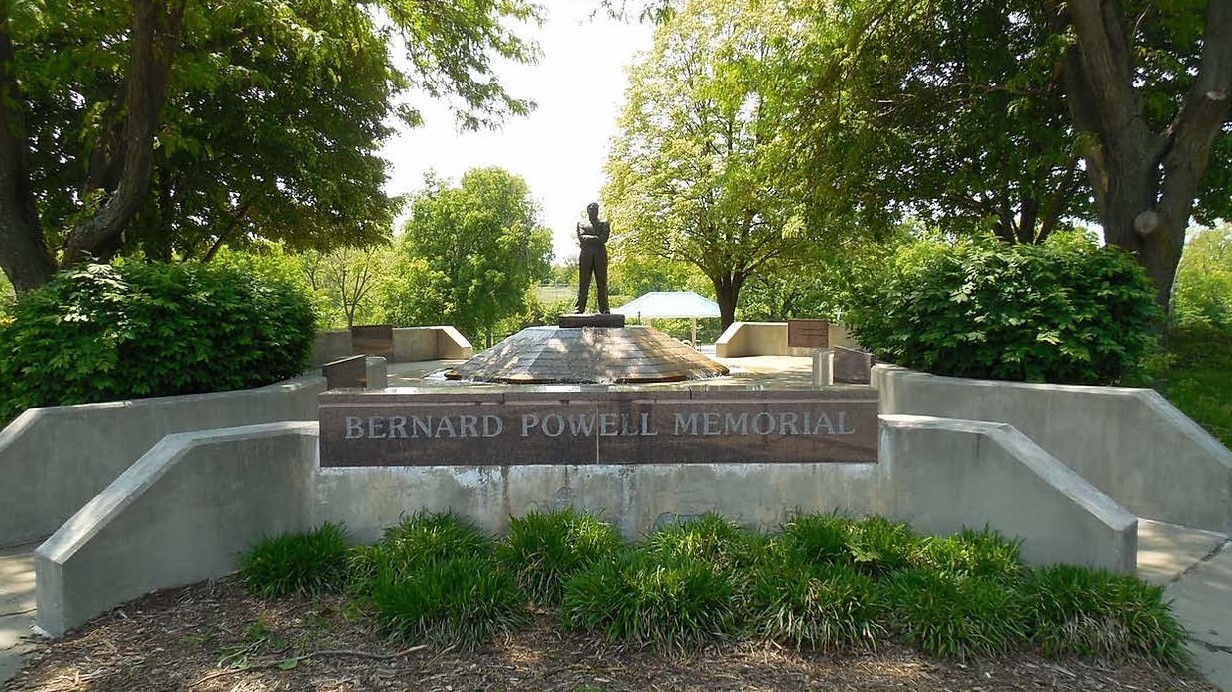 Bernard Powell(1947-1979) was a Kansas City native and social activist.  He co-founded the Social Action Committee of 20 aimed at teaching leadership and job skills to African-American youth.  He was also a proponent of neighborhood beautification with the theme of “Ghetto or Goldmine – The Choice of Yours.”  He was fatally shot in 1979 at the East Side Social Club.

After his death, the statue was commissioned and $170,000 raised by Maxine McFarlane (Aunt of Bernard and head of The Action Committee for Social Change) for a fountain in his memory.  The fountain and plaza were installed in 1985 and officially dedicated in 1988.  The lifesize bronze likeness of Powell was installed in 1991.  Behind the fountain, a time capsule is buried.  It is set to be opened in 2041.  Numerous plaques surround the plaza.  Two tell about Powell while the others list contributors to the memorial.

The fountain is a hexagonal pyramid topped by the statue of Powell.  Water bubbles up under the base of the statue and cascades down the sides of the 5-foot tall pyramid into the catch basin.  The statue is life-sized, approximately 5-foot-8, and looks across the street at his childhood home.  He is wearing a sport jacket and slacks with his arms crossed over his chest.  On the left lapel is a 2-inch circular button and there is a 1-inch square button on the right lapel.  He has an earring in his left ear and is wearing a beret. 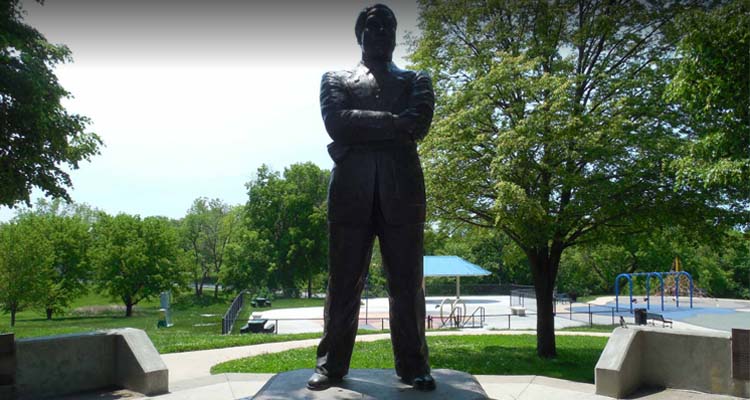