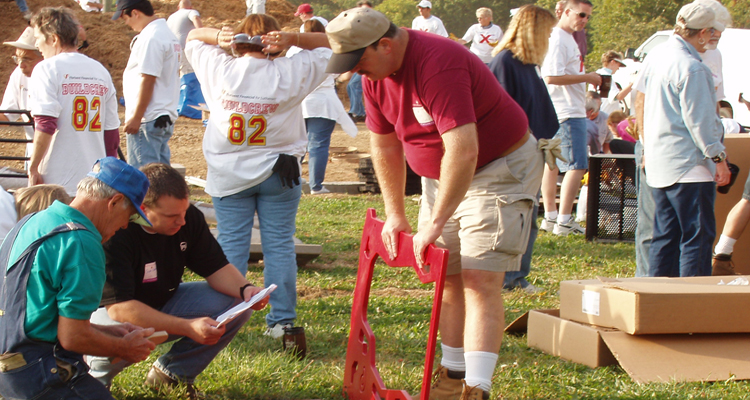 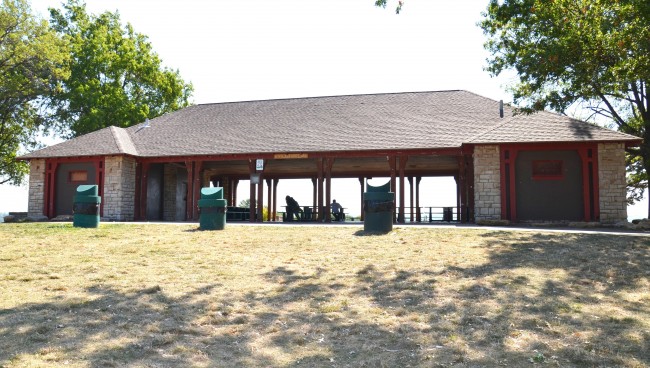 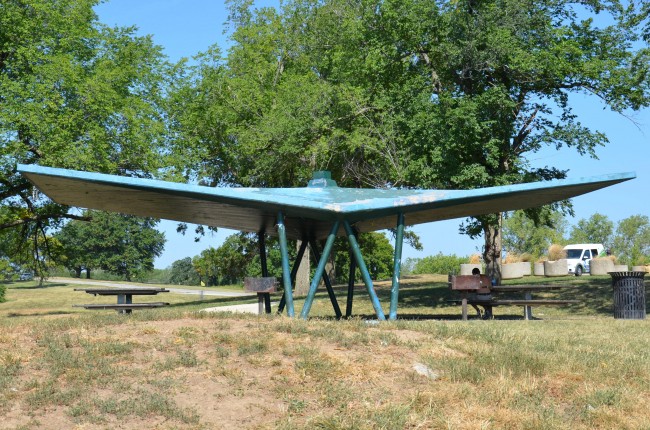 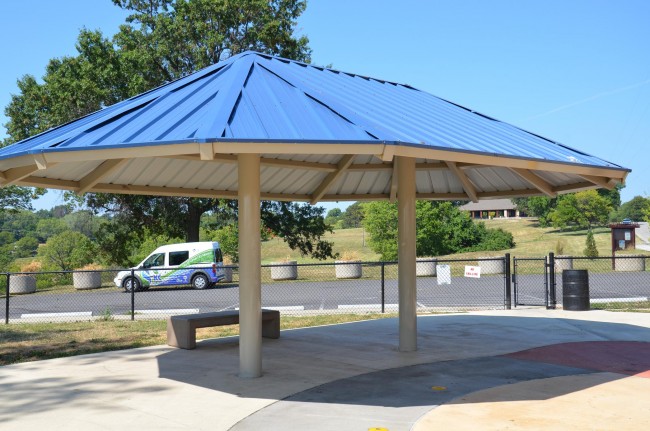 History
Blue Valley Park is located in the area of East 23rd Street to 27th Street, Topping to the Blue River.  While a park in this area had been proposed in 1927, nothing was done due to lack of funds.  The property contained a lake called “Bales Lake”.  The Bales family settled in Jackson County in the 1830s.

Known as the Bales Lake Park project area, property for a park finally began to be acquired in 1943. Since World War II was going on, little was done to the park area at the time. More property was acquired over the next few years. It was officially named Blue Valley Park in 1945. Among other names proposed for the park were Daniel Morgan Boone Park for a son of Daniel Boone who lived in the area and trapped, hunted and fished along the Blue River in the 1830s; and George Kessler Park, for the planner of Kansas City’s early parks and boulevards and strong supporter of the development of recreational facilities along the Blue River. Mr. Kessler’s report “Special Report for the Blue Valley Parkway” 1912 explored development of rivers in other cities and suggested that the areas near the Blue River had great natural beauty and the River could be “one of the most useful and beautiful waterways in the country.”

Following the War, amenities were added including a ball diamond, picnic areas, playground equipment and a shelter house. Also right after the War, 52 buildings in the northeast corner of the park were used for Veterans’ Housing. Several city parks were used to provide temporary housing for returning war veterans including Blue Valley Park, Penn Valley Park, Holmes Square Park, and The Parade. Small houses were built in the parks. This program was over by the mid-1950s and the temporary housing removed.

Amenities were added to the park including a ball diamond, picnic areas, playground equipment and a shelter house in the 1950s.

In the mid-1960s, it was brought to the attention of the Park Board that there was a Santa Fe Trail connection with the property at 27th and Topping to the Blue River. The Independence and Westport Road, also called the Big Blue River Crossing, was a lesser used route going from Independence to Westport. After the purchase in 1967, it was originally called Blue Valley Park: Santa Fe Addition but was renamed Santa Fe Trail Park in 1971.

To commemorate the 1976 United States Bicentennial, the City of Fountains Foundation commissioned Kansas City artist, Dale Eldred to design a fountain.  Dedicated in October 1977 in Blue Valley Park, the Heritage Fountain was an 85-foot tall steel tower that sprayed water on to a 165-foot concrete base.  Plagued with problems, the fountain was removed in 2010 after not having worked for over ten years.

Additions/Improvements
Developments in Blue Valley Park include a Frisbee Golf Course added in 2008 and renovations of the ballfield and cleaning of the area around it in 2009. A concession stand, built in 2009, was named in honor of Larry and Donna Van Dyke. Larry, along with his wife, Donna, organized the Optimist Athletic Association which promotes youth baseball in Blue Valley Park.

In 2010, a water playground was placed in the proximity of where a fountain had been located. The Heritage Fountain designed by Kansas City artist, Dale Eldred was put in Blue Valley Park in 1977 to commemorate the 1976 Bicentennial. The fountain was removed in 2010.

In 2020, KC Parks opened a new urban trail with the Heartland Conservation Alliance (HCA) and a grant from the National Recreation and Parks Association.  Through the grant, HCA collaborated with the Blue Valley Neighborhood Association, Urban Trail Co., Habitat Architects and Nomad Trails to design and build the trail. The focus of the project was to restore natural areas to improve stormwater management and increase access to the outdoors. In addition to the trail, areas residents and school children learned about nature and got involved with some of the work through volunteer workdays and a seasonal job program.  That work included removal of invasive plants, installing a prairie wetland, and installing a bioswale to channel rainwater. Video>> 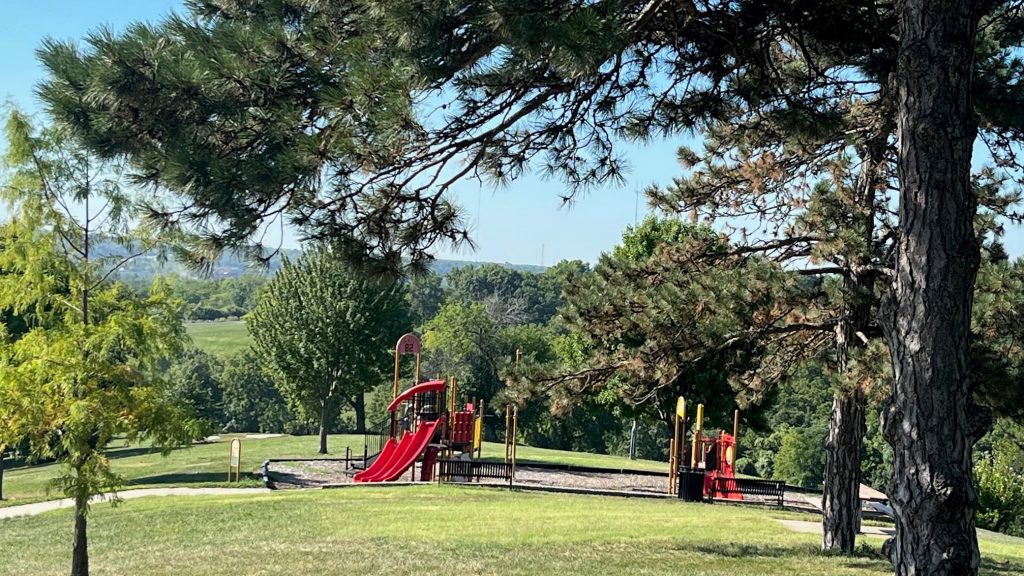