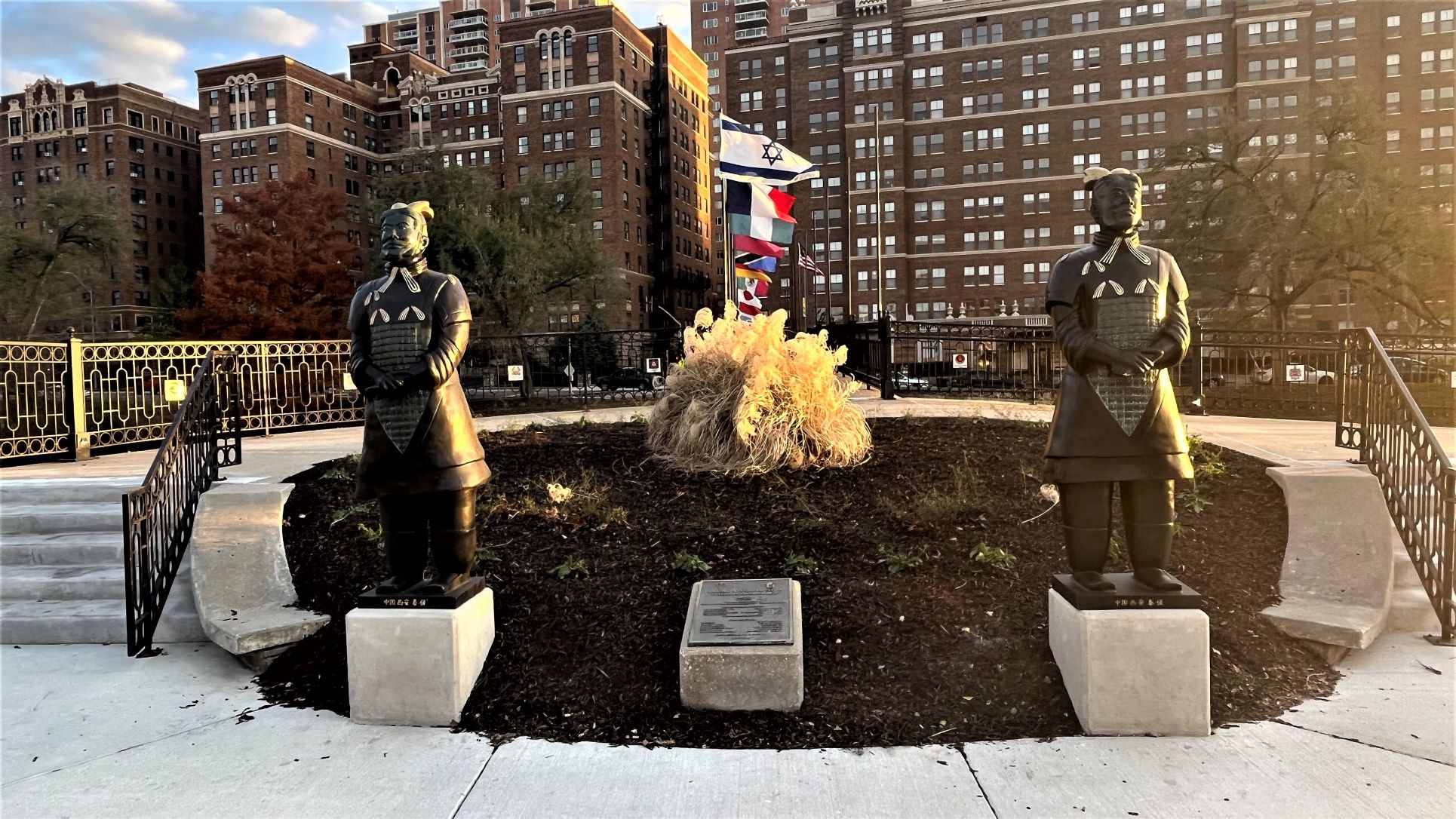 Artist:  Unknown
Installed:  2005
Medium:  Bronze
Description: The two Chinese Warriors guard the north end of the Sister Cities International Bridge, a pedestrian walkway over Brush Creek located on the Country Club Plaza.  Originally, these were concrete figures that were donated to the city by our sister city, Xi’an, China in 2000.  Unfortunately, the originals were damaged several times before it was decided to replace them in 2005 with bronze replicas. 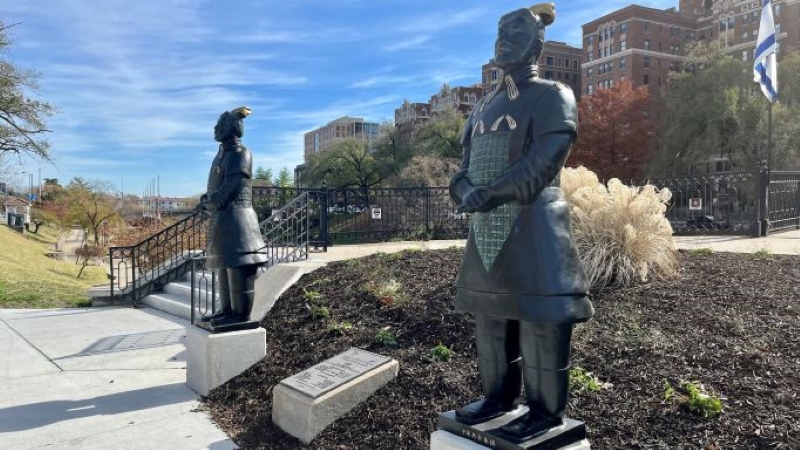