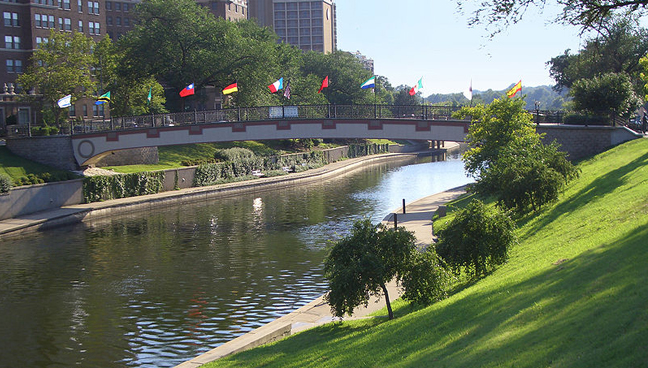 In 2000, a newly built foot bridge located over Brush Creek on the Country Club Plaza at Central Street was named in honor of a international program which has local participation, Kansas City Sister Cities.

The “Kansas City Sister Cities International Bridge” brings recognition to a group that promotes international understanding by creating special connections between cities, states and counties all over the world.  More than 2,000 cities, states and counties participate through groups in their own cities. The main headquarters is in Washington, D.C. The program began after 1956 following then President Dwight Eisenhower’s  promotion of peace and understanding between citizens of all countries by creating an organization to create bonds between them calling it “citizen diplomacy”.

The bridge replaced a foot bridge that had severe damage during the Plaza Flood of 1977 and had been torn down.

**Locks placed on the Sister Cities Bridge will be removed.
Please place locks on the Old Red Bridge in Minor Park.** 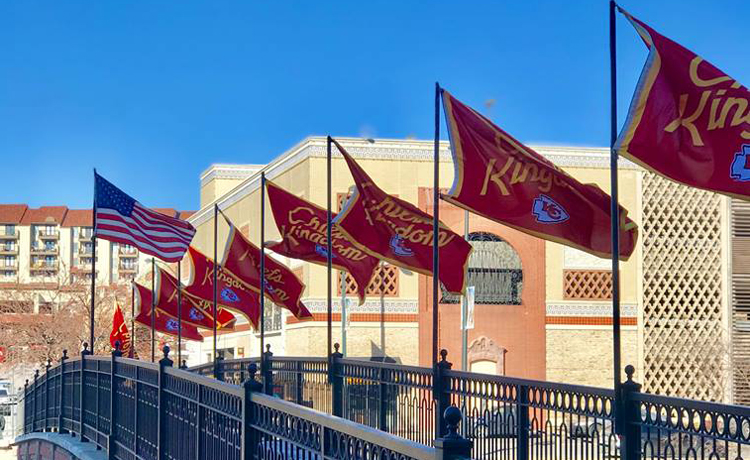