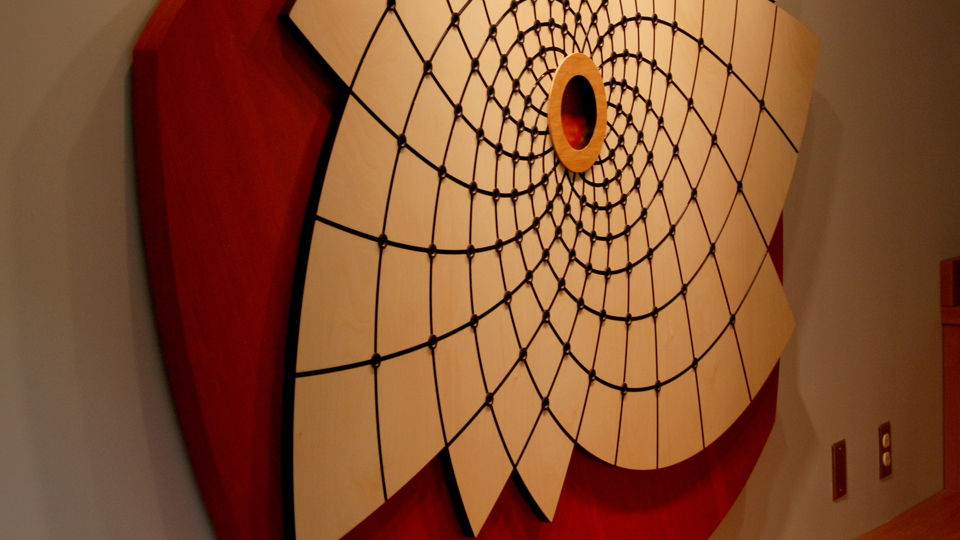 The project consists of five thematically connected works located throughout the Southeast Community Center in Swope Park. The first piece is Common Ground, a touchable, polished wood topographical “map” of the community center site and the surrounding area made from carved plywood.

The second part is three maps mounted on glass panels titled, Mapping Community: Map of Probability, Map of Possibility, and Map of Being, which explore “community,” geographically and culturally. Ripple Effect is a 150 foot long moving sculpture composed of translucent blue fins. People in the hallway pass a sensor that sends a rhythmic ripple down the length of the artwork; like a ripple in a pond or community. Connection Web is a series of painted ceramic “buttons” that illustrate the ecological relationships between living creatures in Kansas City. Instructors can remove the artist’s buttons and use blanks to create specialized ecological maps with students. The final artwork includes two video stations called Video Explorers which exhibit artist-created videos and videos created by students at the facility. 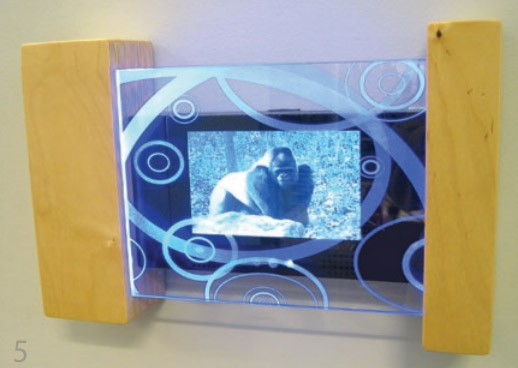