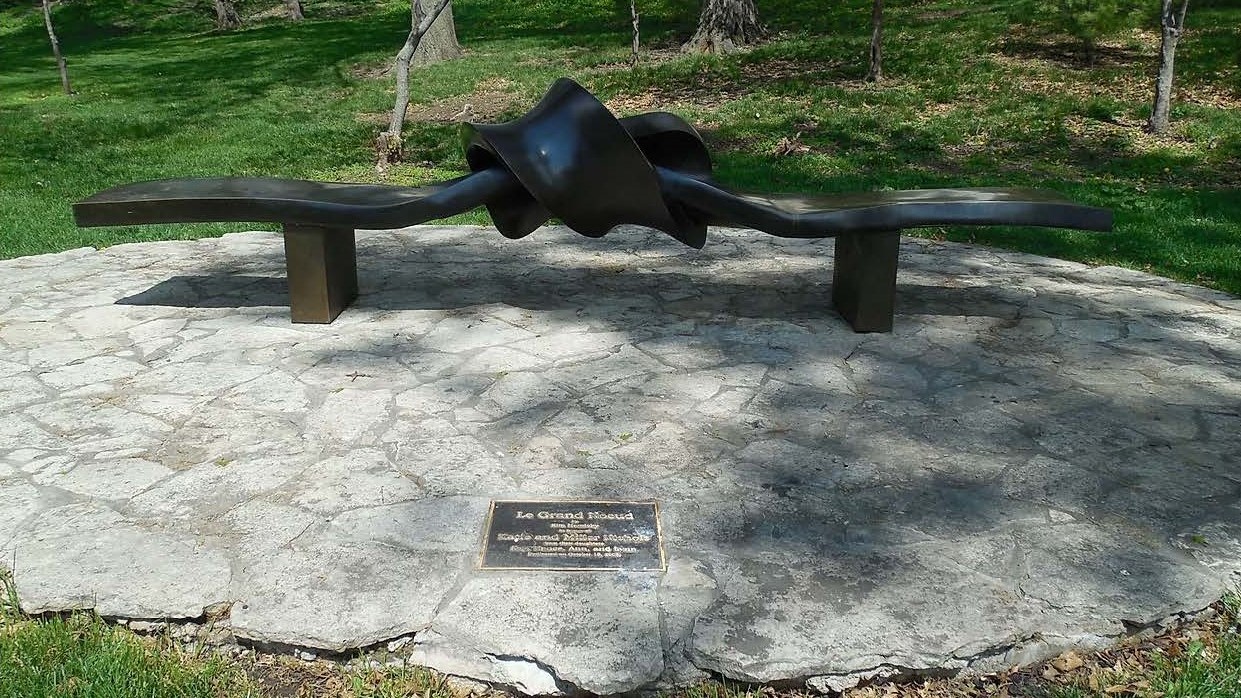 Description: The sculpture Le Grand Noeud was donated to honor Miller Nichols (1911-2000), local real estate developer, adviser and philanthropist by his daughters Kay Callison, Nance Lopez, Ann Nichols and Lynn Nichols.  They decided to place the sculpture in Mill Creek Park because of their father’s work with Dr. Ben McCallister to beautify and enrich the park area and his part in establishing a support group for the park, the Mill Creek Association.

Growing up in Kansas City, Miller Nichols worked for his father’s real estate company in several capacities.  His father J.C. Nichols created the Country Club Plaza and many Kansas City residential and business areas.  Miller Nichols became President of the J.C. Nichols Company in 1950 after the death of his father and expanded into other parts of the Greater Kansas City area as the city spread out.   He was involved in many projects to benefit Kansas City and devoted a great amount of time to fundraising, supporting and working with many area committees and organizations.  He added several art pieces to the Plaza and believed in beautification of the community, as his father had done in his career.

Miller Nichols served in the Navy in World War II.  He married Catherine Caldwell in 1941 with whom he had four daughters.  She died in 1977. In 1979, he married Jeanette Terrell Deweese.

The sculptor, Kim Haminsky (1943-2002), was born in Vietnam and studied art in Paris.  The sculpture was created in 1987.  There is another Noeud by Kim Haminsky in Monaco.

The site plan was created by Young + Dring Landscape Architecture. 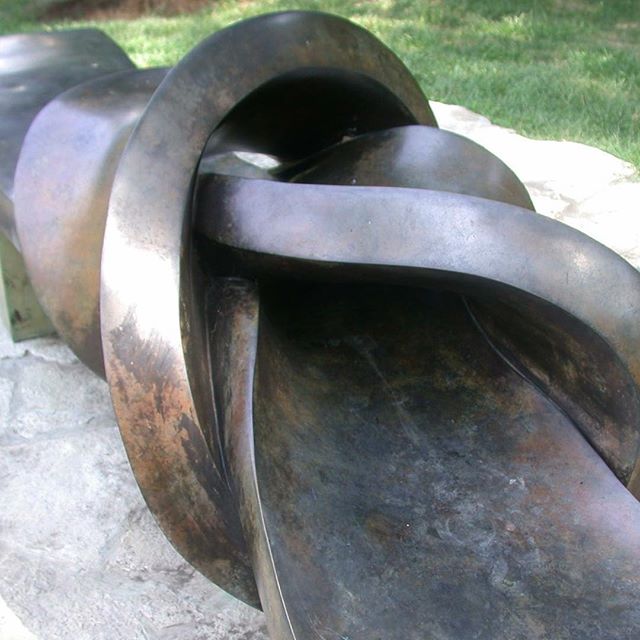