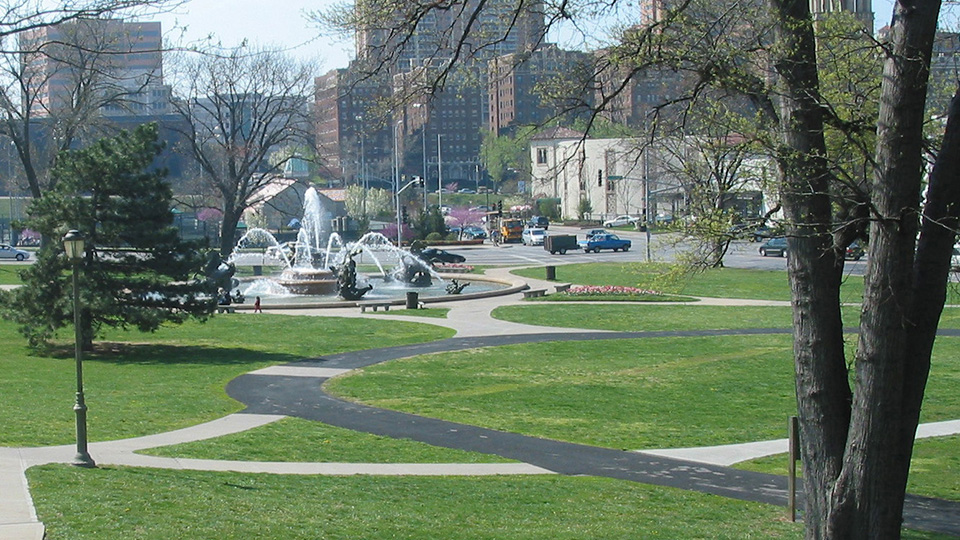 History
In the 1800s, water from a stream running through Westport gave power to one of the mills there. The stream then traveled southeast and emptied into Brush Creek. The area through which the stream traveled was called Mill Creek Valley. The stream is now part of the city sewer system.

In 1908, the Kansas City Board of Park Commissioners began work to acquire land in the Mill Creek Valley for a public parkway. Over the next few years, the property was condemned, buildings on the condemned property were sold, and roadwork began. In 1913, Mill Creek Parkway, which ran from Westport Avenue to 48th Street, officially opened. In 1952, Mill Creek Parkway was renamed J. C. Nichols Parkway following the death of real estate developer J.C. Nichols who built the Country Club Plaza. On June 30, 2020, the Board of Parks and Recreation Commissioner voted to remove J.C. Nichols and return the street name to Mill Creek Parkway.

A memorial to the women of the Old South was placed in the park at the northeast corner of 47th Street and Mill Creek Parkway in 1934. This memorial was moved in 1958 to make way for the fountain.

In the early 1980s, Miller Nichols began working with cardiologist Dr. Ben McAllister and KC Parks  to make portions of the park include a walking/jogging path, an exercise area, benches, lighting and landscaping. Over the next several years, work was done to clean up overgrowth and debris in the north and east areas of the park. Additional lights and a fitness trail were added; some trees and flowers were planted. Also, an eco-pond fountain was created in the northeastern part of the park. Much of park remains an open and grassy area. In 2011, exercise stations were setup along the walking trail.

At 11.43 acres, Mill Creek Park is a very popular and well-used park in Kansas City’s park system. The Plaza Tennis Center is located in the park.

Visitors seeking to hold an event in Mill Creek Park must first fill out and submit an event request form. They are also encouraged to read through the Special Events FAQ, and to be aware of the park usage fees. 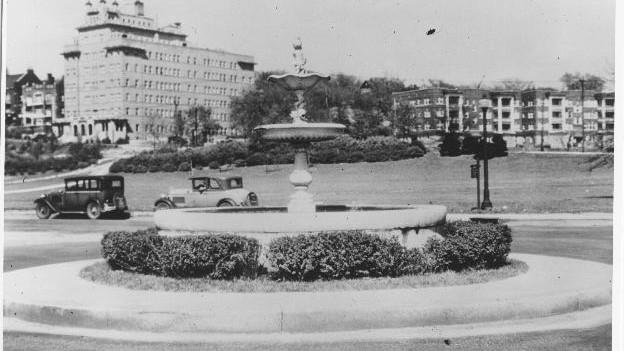