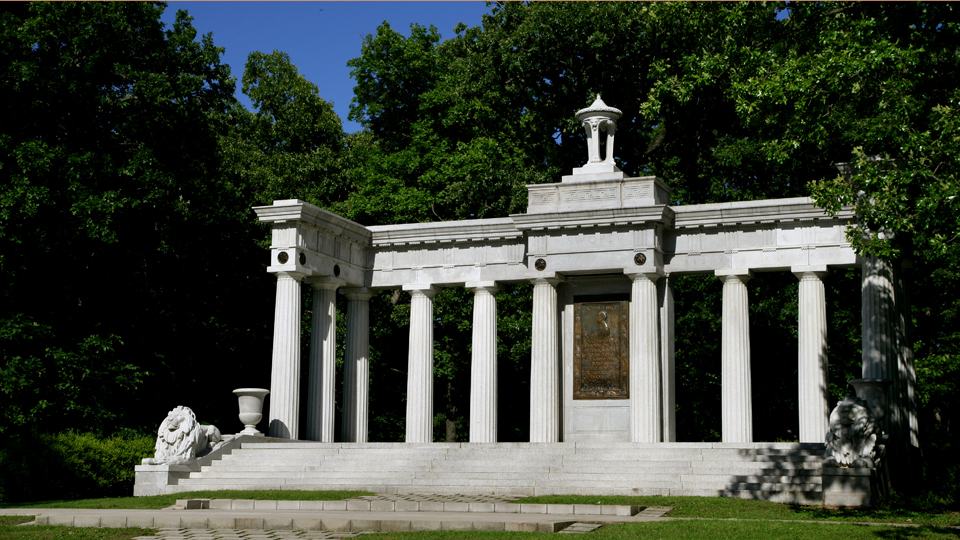 Artist/Designer: Charles Keck
Dedicated: April 8, 1918
Description: After Thomas Swope’s death in 1909, his body was kept in a holding vault until a memorial was built in Swope Park. A site was chosen on a hill overlooking the lagoon and the entire park. He was laid to rest at the memorial in 1918. The memorial appears to be based on a design drawn by George Kessler in 1915. The lions and decorative bronze were done by Charles Keck, the former president of the National Sculpture Society.

A U-shaped colonnade in the Greek Doric style consists of twelve 14′ fall columns supporting an entablature.  On this is carved an inscription.  Eight bronze medallions are mounted there, each depicting a species of tree found in the park.  On top of the colonnade is a decorative lantern with carved lion heads and feet.  In the projecting central bay is a bronze plaque with a bas relief portrait of Mr. Swope in profile facing right  The colonnade sits on a stone court.  In the center of this, under an inscribed stone, is buried Mr. Swope.  Eight stone stairs lead to the court.  These are flanked by two large recumbent guardian lions and two stone urns.

Eighty-four feet to the west, at the edge of the bluff, was later added a balustrade which flanks a fountain in a semi-circular pool.

Inscription:Bronze Plaque:  THOMAS H. SWOPE, MDCCCXXVII MCMIX, HIS WISDOM CONCEIVED,HIS GENEROSITY GAVE TO THE PEOPLE OF KANSAS CITY THIS NOBLE EXPANSE OF FIELD AND FOREST FOR THEIR PERPETUAL ENJOYMENT

Carved on the stone of the memorial are the words (in Latin): Reader If You Would See His Monument Look About You. 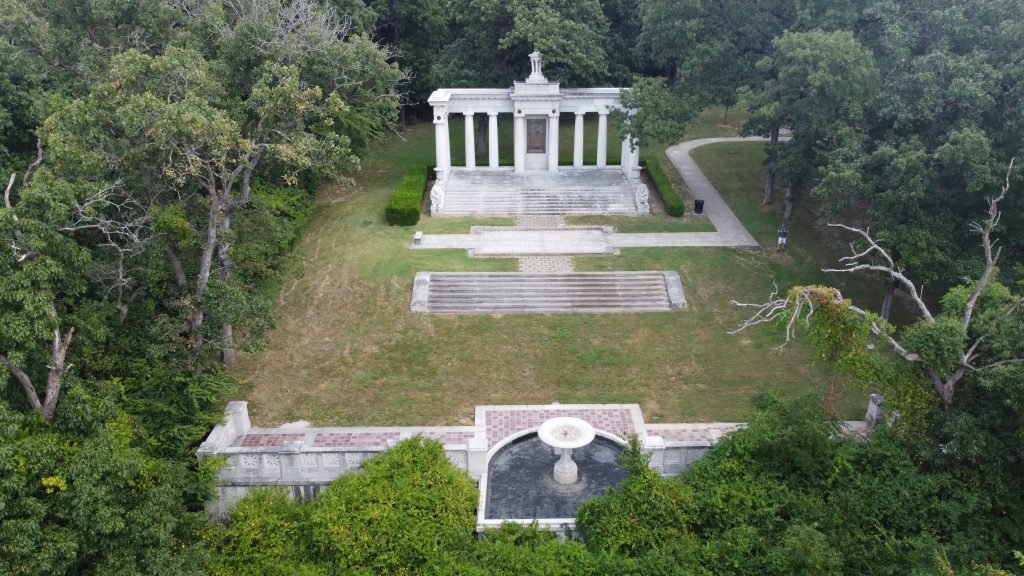