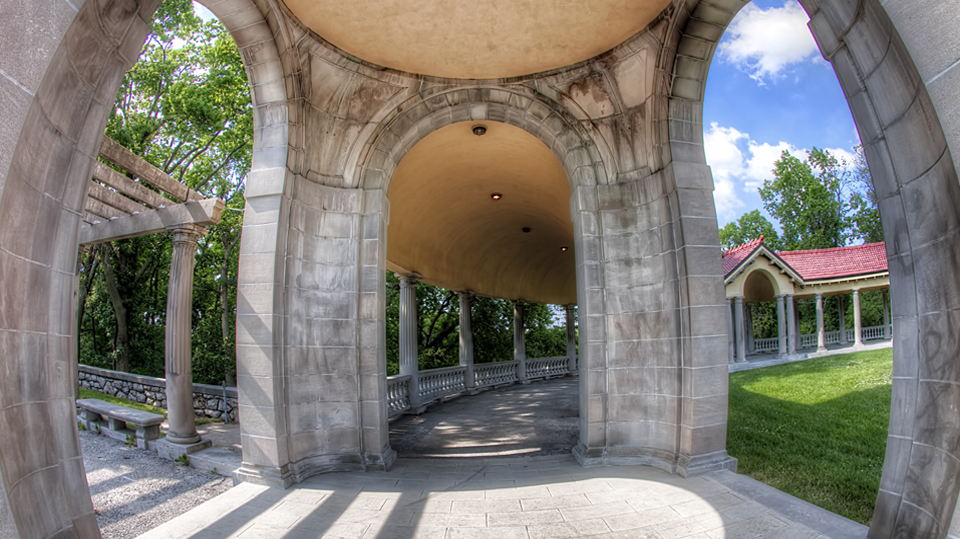 The Colonnade is located on the Concourse. Built in 1907-1908, it was designed by architect Henry Wright who was in business with George Kessler in St. Louis. It is possibly based on a design by Kessler but Wright’s name is shown on various records as the architect. Originally there was a fountain in the front center but this was replaced by a memorial to President John F. Kennedy by local American Legion Post 151 in 1965. Photo by Eric Bowers. 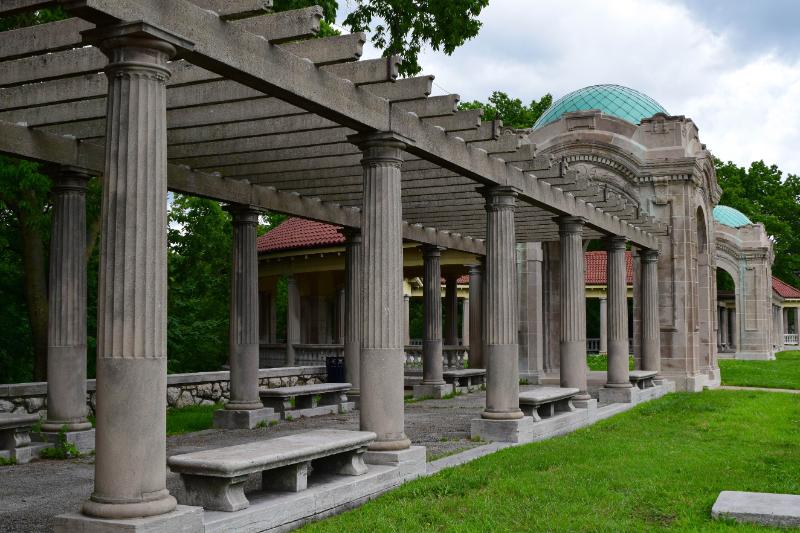 The Hidden Valley Park trail skirts the rim and dives into the valley that earned the park its name. A... Read More...

South along Swope Parkway & 63rd St. to Meyer Blvd., then east along  Starlight Drive to Shelter #4 and Southeast... Read More...