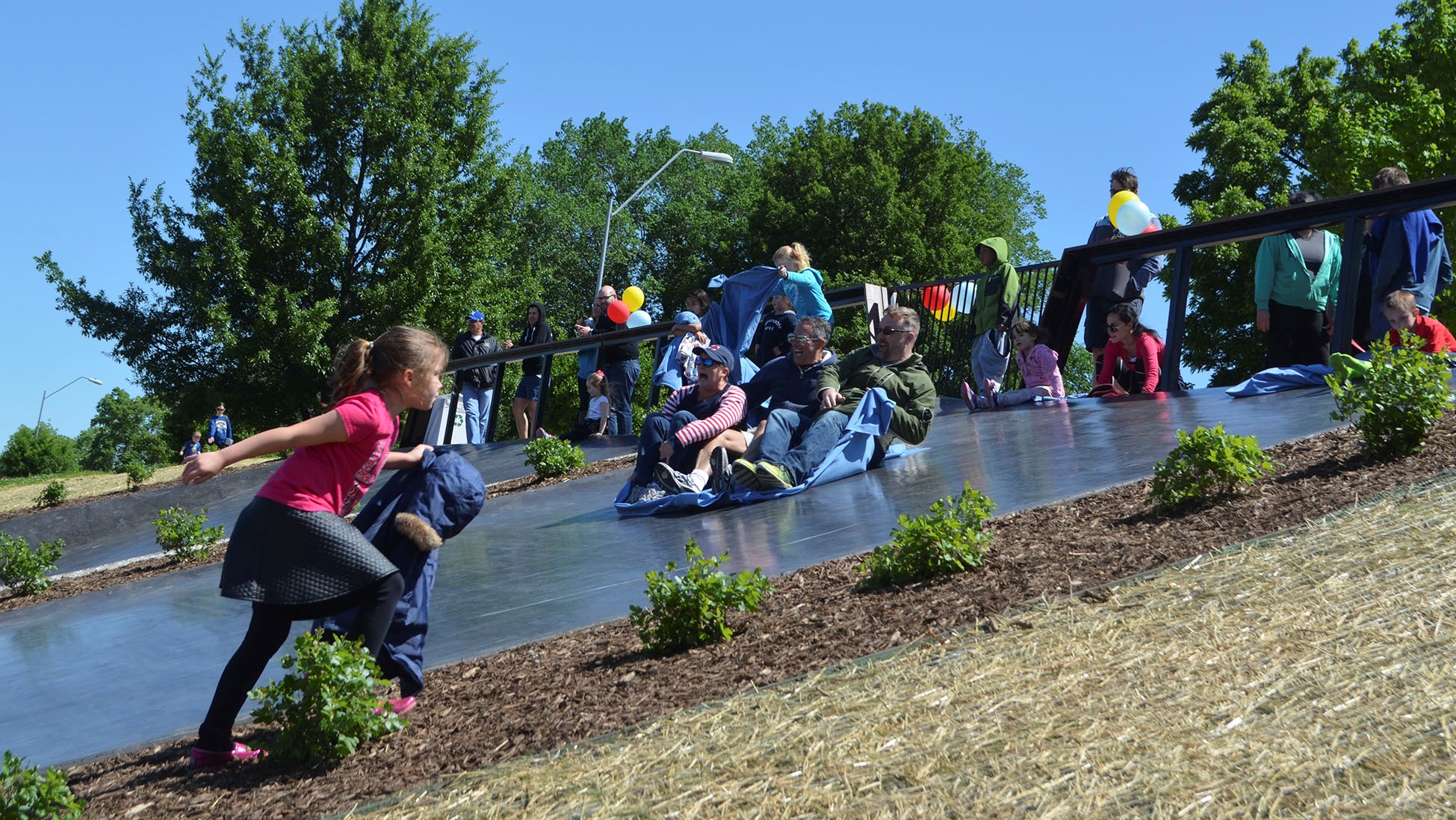 The Concourse is located at Gladstone Boulevard and Benton Boulevard.  Construction began on The Concourse in 1896.  Originally a deep valley, tons of earth were brought by horse-drawn wagons from the areas below being developed as Cliff Drive, to create a broad level expanse with a panoramic view of the Missouri River.  The Concourse became a popular place for neighborhood activities, tennis courts were added, and a sailing and casting pool was constructed in the Concourse in 1939.  Water jets were added to the pool several years later and in 2002, it was redesigned as an interactive spray fountain.

Memorials in the area of the Concourse are to United States Senator Thomas Hart Benton, President John F. Kennedy, and William Royster, northeast resident who was a city councilman and also was the grandson of Nathan Scarritt.  In 2006, the iron bridge at the south edge of the Concourse was named in honor of Dr. Alice Berry Graham, dentist, and Dr. Katharine Berry Richardson, physician, founders of Children’s Mercy Hospital.  They were sisters who lived in the northeast area.

More about the hillside slides>> 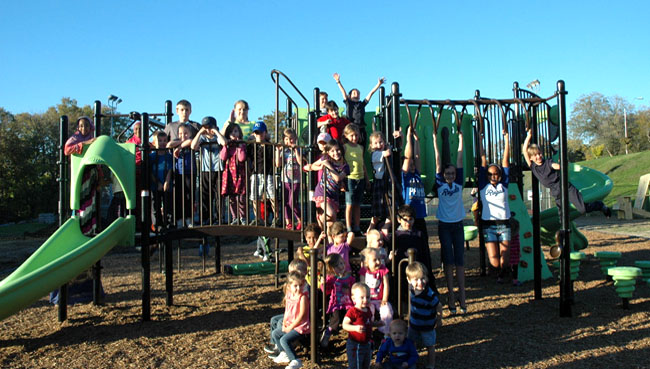