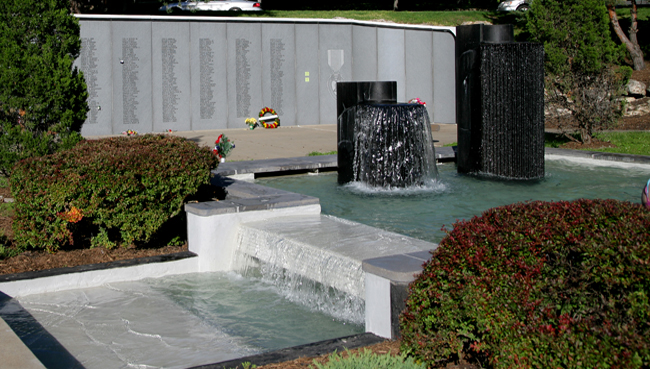 Description: The fountain consists of five rectangular, inter-connected pools of different sizes. The series of pools, from smaller to larger, represent growing American involvement in the war. The water flows into two separate pools, symbolizing the division of American opinion of the country’s involvement in the war. The water is symbolic of time with the power to cleanse and heal the divisions the Vietnam War caused in the country.

The memorial was developed by the Kansas City Vietnam Veterans Memorial Fund, Inc.  A semi-circular memorial wall has the names of the 451 casualties that called the Kansas City area home. Visitors to this monument leave flags and flowers to honor those who served during one of America’s most turbulent eras. It is located in Dr. Jeremiah Cameron Park. 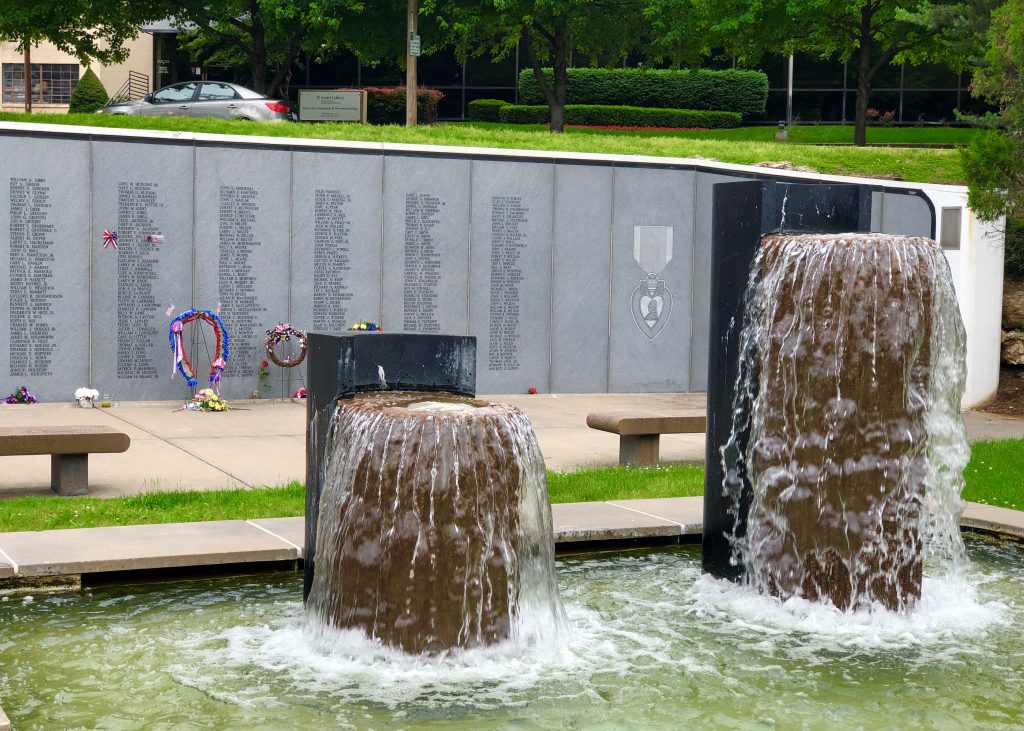