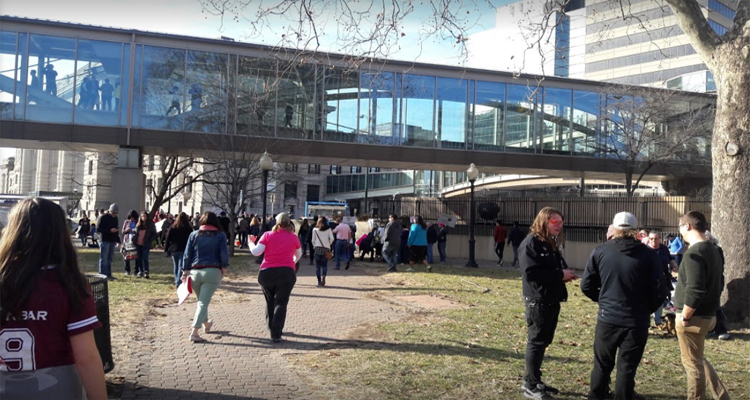 Washington Square Park, located by Crown Center, is a lovely 5-acre area of open space with grass, trees, pathways and a statue of George Washington mounted on a horse.

In 1922 the Patriots and Pioneers Memorial Foundation formed to raise money for a statue of Washington in Kansas City. While several locations were suggested for the statue including West Terrace Park, Penn Valley Park and North Terrace Park (now Kessler Park) among others, the Municipal Arts Commission recommended “…that the statue be placed on the parkway on the north side of Pershing Road and that the statue face south…approximately 170 feet west of the parkway curbing on Grand Avenue…” [Park Board Resolution 12262, Feb. 5, 1925] This property had been acquired by the Kansas City Park Board in 1921 as part of the condemnation of property for what became Pershing Road.

The Washington statue was purchased with public donations. Copied from a famous statue in Brooklyn, New York sculpted by Henry Shrady, it was formed at the Roman Bronze Works which had cast the original statue. Wight and Wight Architects in Kansas City designed the pedestal. The Statue was dedicated on November 11, 1925. It is 16 feet 7 inches tall and stands on a pedestal 13 feet high. The cost of the statue and base was $30,000 and the statue was placed so that Washington faced south just east of the center of the park.

At the time of the dedication the property where the statue was placed had no official name. It was called “Washington Square” by the Kansas City Star newspaper and the Kansas City Chapter of the Daughters of the American Revolution officially suggested “Washington Square” at the Park Board meeting held on December 10, 1925. Also under consideration was “Washington Plaza”. Something that needed to be taken into account was that there was already a “Washington Square” in the park system. Located at Missouri Street and Holmes Road, it had a playground, wading pool and shelter building. Mrs. Gilmer Meriwether of the KC Chapter of the DAR wrote a note to the Park Board in late December 1925 reemphasized the name for “Washington Square” where the statue was placed and suggested the name of “Columbus Square” for the playground at Missouri and Holmes. In January 1926, the name was changed.

The landscape firm of Hare and Hare designed the original planting of trees, flowers and location of pathways. Over the years, several changes have been made including the movement of the statue from facing south to facing southeast in the southeast corner of the park with the creations of a plaza/sitting area around it, with additional landscaping done. 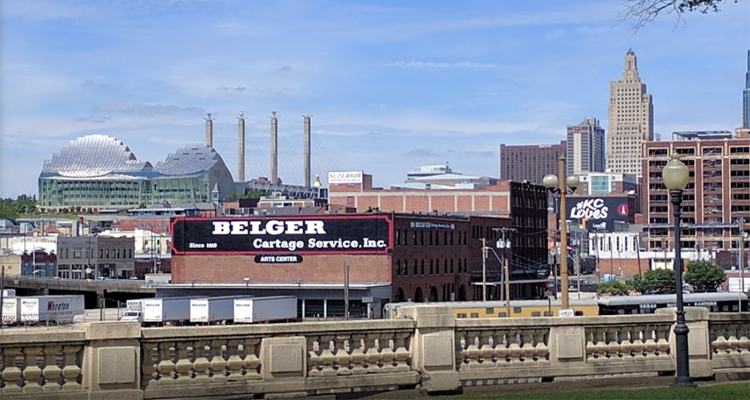